Is Paycheck Fairness Act a curse in disguise for women? 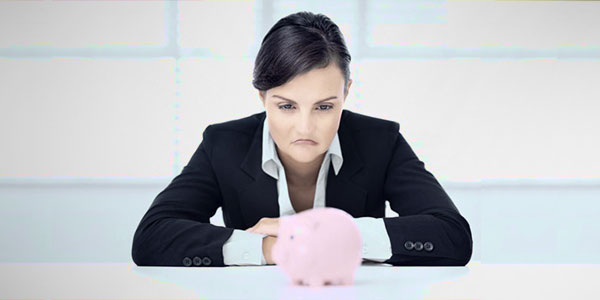 What is Paycheck Fairness Act?

President Obama views the Paycheck Fairness Act as a “common-sense bill” and also encouraged the Senate to pass it, on the thought that it would eliminate the wage discrimination based on gender. But the truth is totally different. The Paycheck Fairness Act is not at all a common-sense bill. According to a paper written by Diana Furchtgott-Roth (a Senior Fellow at Hudson Institute), Paycheck Fairness Act “would lower hiring in America and increase hiring abroad”. Moreover, it would also hit the womenfolk whom it had promised to help out, by disposing them of jobs. It would terribly hurt women with the lowest-skill since reduced levels of employment are never justified. The employers would also find it harder to justify their salaries in lawsuits.

If the wage gap is examined on individual occupations, jobs and employee characteristics, regional labor markets, job titles, job responsibility, and experience, then the wage gap tends to get smaller. According to the Bureau of Labor Statistics, “Women's earnings 83 percent of men's, but vary by occupation”.

According to Diana Furchtgott-Roth, at the point where the rate of unemployment is 9.6 percent, where 14.8 percent Americans have no work, and where 42 percent of the unemployed are jobless for six months or more; it doesn’t make any sense to restrict the employers from hiring on the basis of equal pay for both men and women.

The official labor statistics states that women without children tend to get a higher wage ratio as compared to mothers. Mothers receive lower wages than women who have no children. This is extensively known as the “mother’s penalty.” According to some individuals, this exists because of discrimination. On the other hand, some empirical findings found out that, this is only a matter of productivity and preference, rather than discrimination. In order to give more attention to kids, mothers generally choose to work for few hours and want job flexibility.

Apart from discrimination, there are several other factors that determine the pay gap between men and women. Organizations like the American Association of University Women (AAUW) and the National Organization for Women (NOW) showed their support to the Paycheck Fairness Act.

The business communities held the Paycheck Fairness Act as unnecessary and assured to hurt the job creation. According to them, everyone must be in favor of equal pay at the workplace. So, an Act isn’t that much necessary to ensure equal pay. But, there are others who viewed this act it as absolutely necessary. Business groups ensured that it would restrict the employer's decision-making power regarding the distribution of salaries. It would also result in frequent lawsuits against employers practicing gender-based wage discrimination.

As stated by Mike Eastman, the U.S. Chamber of Commerce’s executive director of labor law policy, “this would be the first law in the EEOC’s (Equal Employment Opportunity Commission) jurisdiction that would have unlimited punitive damages at their disposal.” He is also concerned about the loss it would do to the American business. The Business Roundtable and the Business Council pointed out the Paycheck Fairness Act as a pending legislation that would harm the commercial growth and curb the production of jobs.

According to Hillary Clinton, the United States Secretary of States and wife of former President Bill Clinton, “this is not just a women’s issue, this is a family issue, a fairness issue.” This shows her strong support for equal pay. She fought for equal pay at home and abroad. She also went to China and spoke about the wage differences. She said, “women’s rights are human rights.” So, the welfare of women in the workplace is essential for the welfare of family and society.

Mrs. Clinton also published a guide titled, “Know How to Ask & Know Your Rights: A Pay Equity Guide on How to Help Yourself in the Workplace,” for young professional women on earning an equal wage. She’s the one who introduced the Paycheck Fairness Act in 2005 and 2007 to help eliminate wage discrimination in the workplace. Hillary Clinton is a staunch defender of paycheck fairness.

Does Paycheck Fairness Act really hurt women? Okay, this is quite a debated topic, and you’ll find hundreds of reviews for or against it. It’s a known fact that workplace discrimination still exists, and genuine solutions are required to put an end to this. To bridge this gap, more job creation and equal opportunity for women are needed. But, is Paycheck Fairness Act capable enough in giving equal opportunity to women in the workplace? Well, you need to check this out:

According to some political folks, the Paycheck Fairness Act is actually a “desperate political ploy”. In fact, “paycheck fairness” for women is a vague goal to achieve. This Act will cut down the workplace flexibility for working moms and quash the merit pay, which appreciates good work. Wage discrimination on the basis of gender is already illegal since the Equal Pay Act of 1963. This law will actually hamper productivity, reduce workplace flexibility, increase trivial lawsuits, hurt workers, especially women, and so on. The fear of frivolous lawsuits may discourage business owners from hiring women in the workplace, hence reducing female job opportunities in the workplace.

As per statistics, “women still make 77 cents for every dollar a man makes”. Why there is such a difference? The equation is simple. Both men and women hold different jobs in different industries with varying levels of experience. For instance, you really can’t expect a female social worker drawing an equal salary as a male engineer or a female engineer earning the same money as a male social worker. This difference prevails due to their difference in jobs, not because of their genders.

To conclude this debate, it can be said that:

The wage gap would exist due to the individual choices of men and women, differences in occupation, education, experience level, and part-time and full-time jobs. Hence, the Paycheck Fairness Act is unable to change it. Furthermore, employers would not hire female employees in the fear of getting into lawsuits. Therefore, it would hurt women by depriving them of the equal opportunity in jobs. This Act is indeed a political trick to fill the pockets of the trial lawyers and misguide the citizens of the country.

Your opinion is precious for us! Do leave a comment in the box below.