How does the Price Transparency Act help people save money? 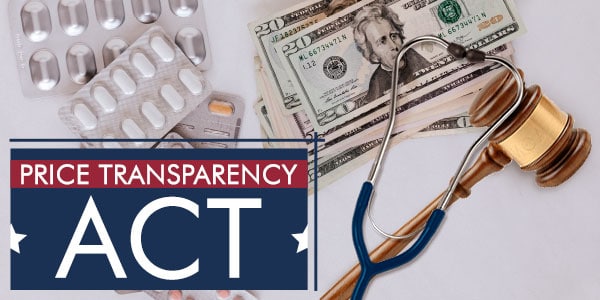 The COVID-19 era has changed the perspective of Americans. Usually, Americans are well-known for their sensibility. But after the outbreak of COVID-19, sensible Americans have become deeply concerned about their future. Health is already at risk. Finances are at stake, and mental health is in bad shape.

Fortunately, the federal government is with the people. The stimulus packages are burning examples of that. The government has tried to support people in whatever way they can. They have given breaks on student loan payments until September 2021. Plus, they have introduced a new healthcare price transparency bill in the wake of COVID-19.

Speculations claim that the new healthcare price transparency bill will help the taxpayers, employers, and consumers financially. But we should not jump to conclusions based on speculations. As sensible Americans, we should try to find out the truth and take steps to protect ourselves financially. So, let’s cover this special story in this post today.

What is the Price Transparency Act?

The Price Transparency Act seeks to bring a revolutionary change in the healthcare industry. Introduced by Sen. Mike Braun (R-Ind.), the Act seeks to remove the financial discrepancies existing in the healthcare industry. As per the Act, the hospitals have to disclose how much consumers have to pay before enrolling for medical services. It implies that hospitals have to reveal their service cost to consumers before they get admitted for any medical service.

Interestingly this is something that hospitals have never done before. After the introduction of the Debt Relief Act, the debt settlement companies, debt consolidation companies, and law firms, have to disclose the fee structure before consumers agree to work with them. The Act was introduced to bring a transparent work methodology in the industry. And it has worked until now.

The debt relief companies are compelled to break down their fee structure by law. They are not able to scam consumers like before. Scams are still prevalent. But consumers can at least ask the companies to disclose the charges before enrolling in the programs. It is a huge move.

The hospitals used to enjoy absolute freedom when it comes to charging consumers. However, after the Price Transparency Act has come into effect, they cannot enjoy absolute freedom or manipulate consumers financially. The legislation is likely to help people more than the stimulus bills that came into effect after the pandemic gripped the nation in its hold. Unlike the stimulus bills, the Price Transparency bill is not temporary, and it will not lead to the accumulation of debt. People should know about the cost of services and then determine if they can go for them. Around nine out of ten individuals feel that health care costs must be disclosed.

How will the Price Transparency Act help consumers?

When we are speaking about healthcare costs, it implies both the real cash price and the negotiated rates with insurance companies. So, patients can shop for the best rates when they are going for non-emergency care.

The federal government spends around 18% of gross domestic product (GDP) in the healthcare industry. That is quite a substantial amount since other countries spend only a meager 10% of the GDP. When these expenses are reduced, the government would be able to free up money for more economic stimulus plans. That means more money for the cash-strapped consumers of the country. The businesses also can save money on employee health plans. So, the new bill is expected to help the overall economy of the country.

Economists like Robert L.Metcalf, R.Lawrence Van Horn, and Arthur Laffer recently said that consumers who pay cash for health care save more money than the ones who have health plans. Now, that is a significant observation. They said consumers who do not have health care plans negotiate with the hospitals to get the best value. After all, they are spending money from their wallets. So, they always try to shop for the best price and spend 40% less than the health plans.

Read also: What to do before visiting the hospital - Here’s the legal viewpoint

I know it is not easy to digest the observations of the notable economists of the country. But the findings of a 2016 Pioneer Institute survey also gives indications in that direction. The survey was made on 40 hospitals. According to the survey, the charges for a basic MRI of the left knee without contrast varied between $400 and $4544 in the US.

Why is there so much difference between the hospital charges for the same health care? That is something people should ponder. Another study finds that Massachusetts residents could have potentially saved between $22 million and $116.6 million in 4 years by opting for 16 shoppable emergency services instead of collaborating with expensive providers. Some emergency services are indeed shoppable, especially the ones that have average charges. It is a wrong concept that a high charge means better health care outcomes.

How will the Price Transparency Act help employers?

Spike in the high-deductible health plans has made the health care price transparency bill more vital than ever. Around thirty percent of employees are on high deductible plans. In the last decade, the average annual deductible increased by 162 percent. The ‘patient responsibility’ department ranks amongst the top three payers at many hospitals.

Both consumers and employers can potentially save a lot of money with the Price Transparency Act. As per the Milliman Medical Index, a family of four persons usually spends around $28,000 or even more in a year on health care expenses. The 40% savings of the cash payers can lead to significant savings for the consumers. They can save $11,000 in a year without compromising health care quality.

Employers can utilize health plan savings to increase the wage of employees. They can invest the amount for business expansion also. That would help to create jobs, reduce unemployment, and boost the economy.

How will the Price Transparency Act help taxpayers?

The taxpayers can also save money due to the Price Transparency Act. The amount they spend on public employee health plans is likely to drop drastically.

As such, they can hold on to their earnings. The extra savings may lead to spending in other areas and help to salvage the brutally butchered economy.

Have you ever wondered why health care providers are not interested in offering competitive pricing? It’s because they do not have any reason to do it. Consumers pay a lump sum on the health insurance policies, and they do not shop around for the best price. The health care transparency bill will compel expensive providers to lower costs to compete with others. The overall effect on taxpayers, consumers, and employers will be great. They will save a lot of money and avoid incurring medical debt. Plus, the bill would help the ravaged economy to recover gradually without increasing the debt burden of consumers. Future generations will have a lot to thank for.