Anti-women Laws: Take an oath to turn the proposed equality laws into reality 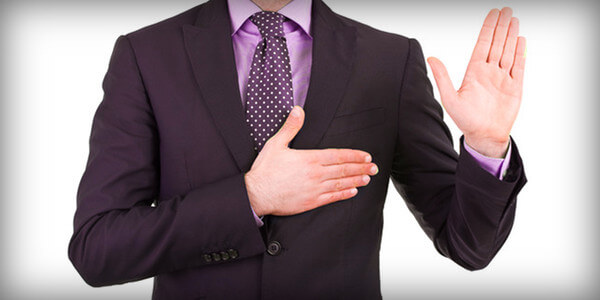 In regard of Women’s Equality Day (26th August), the discussion on the particular subjects like gender equality, anti-women laws are very common. I’m not an exception and being a woman I also think, this topic should be discussed until all the proposed “women's equality laws” get legal permission all around the world. Let's throw some light on the topic.

What is gender equality?

Gender equality is an essential part of human rights. It’s the first and foremost part of a fundamental principle to secure the entire society and culture. Gender equality, signifies equal rights and opportunities and treatments for men and women in policies, laws, services, families, communities, societies so on.

According to the stats, 1 in 3 women will be raped or suffered from violence all over the country. The gender equality has been violated throughout the world and there are so many examples, that women are suffering from many such maltreatments, violation, injustice, so on.

Let's proceed to the next segment of the article, to know some anti-women laws which are significantly influencing our society to maltreat the women.

Examples of anti-women laws around the world

Betty Naisenya Lolgisoi, a Kenyan activist said at a panel on eliminating practices that are harmful to women and girls, held at United Nations Headquarters in New York, knowledge is the main weapon to fight against gender inequalities. According to her, “culture shouldn’t push us aside, but puts us at the center, these dangerous and discriminatory practices, including female genital mutilation (FGM), prenatal sex selection and child marriage, arise from deep-seated gender inequalities, and they perpetuate the mistreatment of women and girls.” Here goes some anti-women laws that are full of injustice.

1. Women are prohibited from driving in Saudi Arabia

Women aren’t allowed to drive the car even a bike in Saudi Arabia. On the other hand, men in Saudi Arabia shouldn’t drive with women with whom he isn’t closely related. In regard of this rule, some genuine problems arise for the authority itself, such as, who will drive the school buses allotted for girls. As per the rule, a man can’t drive a car full of women passengers. Even a woman is also not allowed to drive. So, what will be the solution for this problem, which will arise only for the implemented rule by the authority in Saudi Arabia. Though, the Ministry of Education has recruited “Al-Ameen” or trustworthy men for this job.

2. Marital rape is legal in India and Singapore

Recently, a clause has been added in Indian legislation, i.e., The “sexual intercourse or sexual acts by a man with his own wife, the wife not being under fifteen years of age, is not rape.” Which signifies that, marital rape is legal in India. In Singapore, marital rape is legal when the girl is above 13 years of age. On the other hand, in the Bahamas, when the girl's age is 14, and she is married, the case will not be considered as rape. All this clause, is very disgraceful for a woman and also provoke the evil minded people to commit the crimes against the women.

3. A wife can be beaten by her husband in Nigeria

Domestic violence is legal in Nigeria. As per the law, “violence by a husband for the purpose of correcting his wife is a legal act.”

4. In the US, Women face difficulties to get her child’s citizenship

Foreign women suffer a lot to get her child’s US citizenship.

5. Girls are prohibited to get education in Afghanistan

6. Women are less paid than men in America, Africa

Women are also victim of pay discrimination all over the world. According to the stats, in New York, women earn 84% of what men earn for the same job. In Africa and America, the wage gap is huge. In the US, 61% of employees who work in the private sector are not allowed to discuss their wage and salary in details. On the basis of this status, it can be imagined how much a woman is still suffering from gender inequality. As long as the woman is not informed about the actual salary of a guy for the same job they work for, it’s almost impossible to get proper salary.

Read more: Women’s Day: It's still a man's world when it comes to money

It’s a truth that, anti-women laws are deliberately making our society hollow. There are some movements, some tireless efforts around the world which are trying to bring some positive changes.

The International Conference on Population and Development is working for women's right over the past few decades. Similarly, the Fourth World Conference on Women is also doing their best in order to achieve the gender equality in public and private life and in decision making.

Most importantly, Governor Andrew Cuomo proposed a 10-point Women’s Equality Agenda in 2013. But, the New York legislature failed to pass the proposed act which needs our honest support to make the plan successful. The proposed acts are as follows:

It’s not that easy to change these discriminations overnight. Our initiative and humanity can make a big difference and can build a society where all people will be treated as God’s children. Lets’ pray for a beautiful society, where a baby girl and a baby boy can breathe peacefully without any hatred. AMEN!