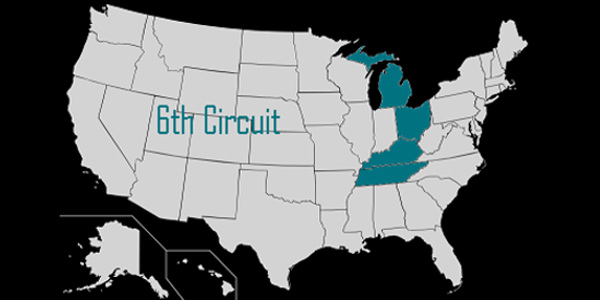 According to the definition provided in § 803. Definitions [15 USC 1692a] of the Fair Debt Collection Practices Act (FDCPA), a ‘consumer’ is any natural person obligated or allegedly obligated to pay any debt. However, during a recent judgment, the U.S. Court of Appeals for the Sixth Circuit has ruled that a limited liability company is a “person” that can file a lawsuit under the Act.

In Anarion Investments LLC v. Carrington Mortgage Services, LLC et al., the plaintiff, a limited liability company based in Delaware, alleged that the defendants made false representations in the foreclosure notices and thus, violated the FDCPA. The notices placed in newspapers were for a foreclosure sale of a home of one of the defendants and was secured against a mortgage while the plaintiff had the option to buy the property.

The district court, however, had dismissed the complaint earlier. The court had stated that the plaintiff was not a ‘natural person’ under the FDCPA, and hence, wasn’t legally eligible to be compensated under the statute’s civil liability provision. Reversing what the district court had ruled out previously, the Sixth Circuit held that the term “person,” as used in the provision, includes both artificial and natural entities.

While giving out the verdict, the Sixth Circuit took reference from the federal Dictionary Act, which dictates that in determining the meaning of a federal statute, the word “person” always includes artificial entities unless the context indicates otherwise. The Sixth Court further cited FDCPA provisions where the term “person” includes artificial entities, like the provision that authorizes the Federal Trade Commission to enforce compliance “by any person,” and the definition of “debt collector” as “any person” who collects debts.

In order to address the defendant's argument that the extended FDCPA protections to artificial or non-human entities would not be consistent with the statute’s purpose, the court stated that “two aspects of the FDCPA alleviate that concern.” First, the FDCPA’s definition of “debt”, which limits the term to obligations incurred mainly for “personal, family or household purposes,” would prevent “any person–natural or artificial–from filing a lawsuit over an attempt to collect a debt owed by a business.”

Second, the Court further cleared that “nothing in our decision today means that [the plaintiff] can bring suit under the FDCPA.” According to the Court, its opinion only answered the question as in whether or not the plaintiff was a ‘person’ under the FDCPA and “left unanswered, among other questions,” if any of the alleged misrepresentations by the defendant could be subject to compensation under the FDCPA’s civil liability provision.

Judge Bernice Bouie Donald, in a strong disagreement, stated that people shouldn’t rely on the Dictionary Act presumption that the term “person” includes artificial entities unless “the context indicates otherwise” because if we go through the FDCPA’s legislative history and its purpose, we’d know that it’s there to protect natural persons from abusive debt collection practices. Otherwise, Congress would “indicate otherwise”. Hence, she considered it to be a “more context-appropriate interpretation” for artificial entities not to be deemed as “persons”. She further went on labeling the majority’s attempt to raise concerns about the potentially sweeping effect of its decision “a cavalier response to a very real concern.” According to her, the majority’s holding “potentially opens the door to a new class of plaintiffs under the FDCPA and effectively provides a new cause of action in foreclosure appeals.”