How can you win or defend a defamation suit? 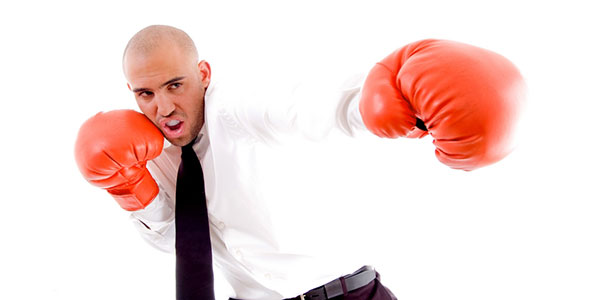 “Never try to destroy someone’s life with a lie when yours could be destroyed by the truth.”

In simple words, defamation is a term used when someone tries to hurt a person’s reputation either verbally or in writing. Verbal defamation is known as slander where as written defamation is termed as libel.

Defamation is considered as a civil wrong or a tort. It means no one can be sent to jail for making a defamatory statement. 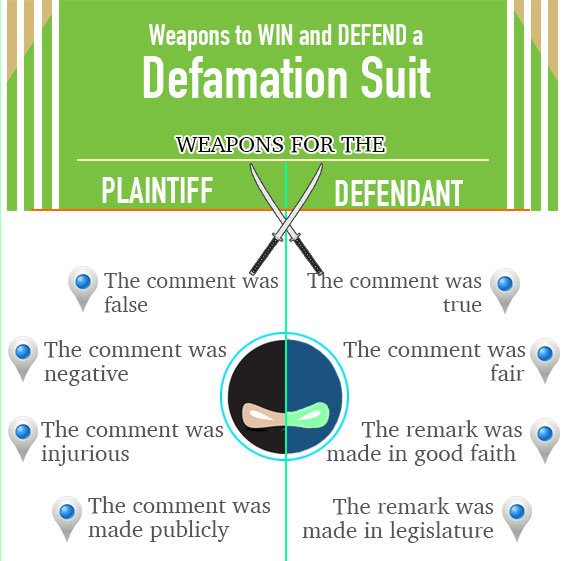 Have you decided to sue someone for defaming you? If so, then you have to prove that the statement is all of the following:

You have to prove that the defendant made a negative comment against you.

The whole idea behind defamation law is to take care of injuries to reputation. If you have filed a defamation suit against someone, then you have to prove that the statement hurt your reputation. For instance, you were fired from your job or your friends have stopped talking to you or you were harassed by the media.

You need to prove that the defamatory statement was communicated to 1 person or more people verbally or through gestures or pictures or in writing. Usually, libel is regarded more dangerous than slander since it is a written statement.

You can also take advantage of OVLG's Online Reputation Management Services to protect your good name.

So you’ve been sued for defamation. Now, what will you do? Take a deep breath and consult an attorney who will help to defend your case.

Truth always prevails. There is no defamation if what you have said is true. Even if you have made a false statement, the attorney will try to prove that you were not aware of the fact that the statement was false.

You won’t be convicted if the attorney can prove that your statement was a genuine opinion or a subject of public interest.

3. The remark was made in good faith

When you make a defamatory statement in good faith or because you have a duty to make a statement, then also you can escape penalty. The statement is protected by ‘qualified privilege’. But this defense won’t help if you have made a statement out of malice.

Some examples of qualified privilege:

4. The remark was made in the legislature

A few examples of absolute privilege: 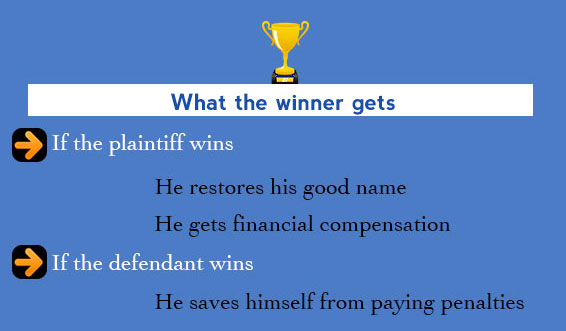 What if you win the defamation lawsuit?

If you win the defamation lawsuit, then the court can ask the defendant to: