Will it be jail time if your debts are not paid in time? 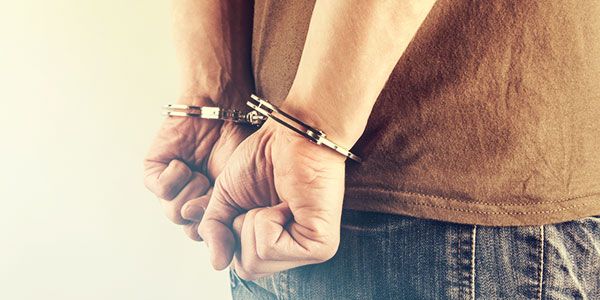 Our human civilization has seen several changes in law and regulation!

The way we live today is very different from the way we used to spend our days some thousand years ago.

Probably the first code of law associated with human conduct and behavior was put forward by Hammurabi! But this fact is still a matter of discourse and debate among socialists, philosophers, historians, and many.

However, our concern is not the history of Law and Regulations!

Today, our priority question is:

Will you be having a merry little jail time if you can’t pay your debts in time?

Actually, the answers to this question will not be the same every time, and all will depend exclusively on the type of case and situation you are into!

So, let’s dive into the deep depths of debt imprisonment, straight away!!

What is debtor’s prison, debt bondage, debt slavery, and debt imprisonment? Should you be aware of these?

An institution that works as a penitentiary for debt prisoners. In other words, it is a jail specially designed with activities and environment to punish those, who are unable to pay due debts to the rightful creditor!

Such custom prisons usually don’t exist these days, but a debtor can be punished by imprisonment in a normal prison!

They all mean the same. It is a debtor’s liability to compensate any asset owed to any creditor.

Even though debt slavery is not an existing practice these days, but any legal agreement binding a debtor into a debt bondage is not a violation of law.

If you agree to a creditor, that you will pay off your debts through any act of labor, then you are entering into a legal agreement, that the creditor may force you into slavery.

So, yes, you should consider imprisonment a serious issue, while borrowing any form of debts. Read all the papers and legal agreements before you shake hands with your creditor!

Which American state has what type of regulation on debt imprisonment?

However, debts surrounding taxes, court fees, alimony, child support, and criminal justice, are typically dangerous to deal with! These form of debts can actually land you in jail. So, be careful!

Each state has its own set of rules and regulations regarding debt imprisonment! Putting forward all such rules in a content of this size will seem over-occupied and disproportionate.

Hence, I am listing the top 5 states with the strictest rules regarding debt imprisonment.

Criminal justice debt is given a high priority, and a debtor will be imprisoned if unable to pay the due amounts.

Child support debt also carries the same rules, plus a 12% interest is charged on the due amounts during your course of imprisonment and debt repayment.

A debtor can be imprisoned for child support debt.

Imprisonment is allowed with a debtor’s consent if jail time is chosen by a debtor as an option to repay debts.

Also “failure to appear” during any court hearing can put a debtor behind the bars, as a proceeding unattended is a win for the plaintiff or the lawsuit filer!

Strict laws of imprisonment surrounding child support debt. During the tenure of imprisonment, the debtor’s financial documents need to be submitted to the court for wage garnishment and seizure of assets.

Failing to provide such documents will only worsen the case!

Unable to pay child support debt is considered a contempt of court, and the debtor is rightfully imprisoned.

Imprisonment can also result from issuing an Order of Capias if the debtor fails to appear in a proceeding involving assessment of assets.

Rigid rules when coming to child support that can result in imprisonment.

The Order of Capias is applicable to judgments involving assessment of debtor’s assets.

**The rules vary from state to state; hence talk to a lawyer to get a thorough knowledge regarding what rules and laws your respective state implies.**

Even though there are strict rules followed by most of the states in the USA, still, in general, imprisonment for debt is abolished in the modern age.

But if the debtor consents to imprisonment wherein failing to find suitable ways to repay debts, then by law, the debtor will be imprisoned and will have to serve jail time to compensate the amounts owed!

Moreover, the jail privileges, amenities, rules, and other requirements, will be fulfilled without any partiality! The court of the United States won’t discriminate debt imprisonment from any other form of legal imprisonment!

1 If the court can’t prove “mens rea”, then you might escape jail time:

“Mens Rea” is the mental intention to commit a crime. In most criminal and civil cases, a “mens rea” needs to be proved to declare a defendant guilty.

If you, being the debtor, can prove that you don’t have a “mens rea”, then you can escape jail time! As for debt imprisonment, you must describe how your debts are going unpaid, unintentionally!

2 Go for consolidation or settlement, instead of running away from debts:

The more you run away from debts, more prone you will become to debt imprisonment.

It’s better to go for debt settlement instead if you can’t pay the full amounts!

Also, debt consolidation ain’t a bad option overall. You will get a full throttle repayment and budget plan that can bring you back in black!

3 Don’t hesitate to consult a lawyer regarding bankruptcy:

At times, bankruptcy can really save you from the hands of tedious and painful jail time.

I believe emotional stress associated with bankruptcy is far better than the whole stigma of imprisonment.

You can ask any sensible person, all will tell the same thing! It’s always better to surrender than to run and hide!

N.B: By no means should this post be used to derive legal judgments or results. The post is only meant to provide information about debt imprisonment and does not endorse law evading or unethical defending in any courtroom hearing and/or proceedings.