Why your will may be considered as invalid 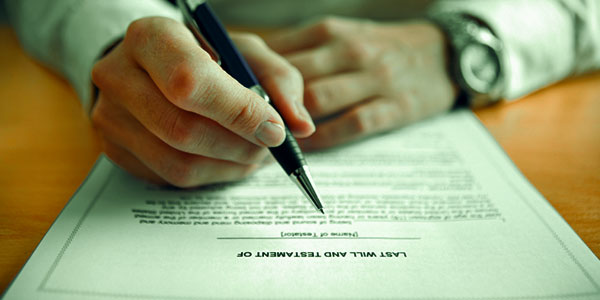 A last will and testament is a great estate planning tool that allows one to communicate his/her wishes and controls how his/her estate will be distributed after death. If a last will is in place, the distribution of an estate among the heirs become a less strenuous job.

Here are 4 reasons why a court may find a last will and testament invalid (but may not be limited to):

If you want to contest a will for lack of testamentary capacity, you have to prove that the decedent suffered from mental instability that left him/her unable to remember family members or caused to hold insane delusions about them.

2) Not having signatures of two witnesses

If the court smells that there has been a forgery or fraud and the testator was forced to prepare the will against his or her wishes, the court will declare the will as invalid.

If it is proved that a person has fraudulently drafted a will by means of impersonation, the court will declare the will as invalid.

4) The will is outdated

If the testator has created a number of wills during his/her lifetime, the one drafted and signed most recently will be considered as the controlling estate document, and the older versions will be deemed as invalid. However, this rule varies from state to state.

Whatever the reason might be behind the invalidity of the will, it’s your best interest to resolve the matter as soon as you can. If you believe a will to be invalid and your rights or interests are getting affected, you should take the issue to court without any delay.

Don’t miss out: Are you sure you’re not missing out anything in your will?