What will happen to CFPB and debt settlement industry under Trump? 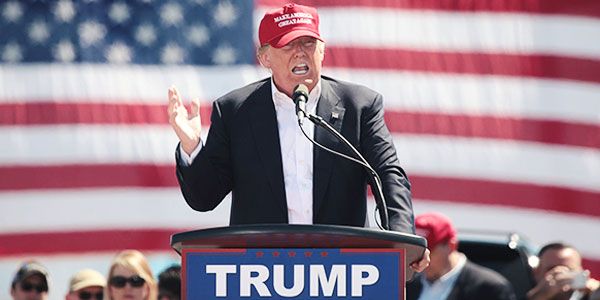 Donald Trump has trumped Hillary by 58 votes in the 2016 presidential election. Now, since the day of CFPB’s inception, Republicans have talked about stripping it down. With the surprise victory of Trump and Republicans’ dominance over the Senate, the future of the consumer watchdog isn’t looking too bright.

CFPB - What lies in the future

Ten years ago, financial institutions bullied consumers. They issued risky mortgages to borrowers who didn’t have the capability to repay them. Credit card companies imposed overpriced insurance on ignorant consumers. Plus, they sold past due debts to collection agencies that didn’t follow FDCPA laws and bullied consumers.

Consumers suffered and complained. But, everything fell on deaf ears. Consumer protection wasn’t on the priority list of any agency. Collection agencies, payday lenders, credit bureaus and debt industry functioned with government oversight.

Then the Consumer Financial Protection Bureau arrived 5 years ago to defend the hapless consumers in the following ways:

The impact on the debt settlement industry

Needless to say that financial institutions and the debt settlement industry didn’t like CFPB’s intrusion. They paid billions of dollars in fines and penalties. The industry just liked to pretend that abuses that led to economic downturn didn’t occur or couldn’t occur again. The debt settlement industry felt that CFPB poked its nose into their business unnecessarily and disturbed the free marketing system.

It’s another fact that debt settlement companies forgot that they were compromising with quality and price of services for increasing revenue. They formulated contracts and agreements that had loads of hidden clauses. Plus, they mislead consumers about the cost of products to turn them into customers.

See a complete elimination is less likely because of the CFPB’s structure. The biggest problem will be to modify the CFPB’s policy based statute.

But there are several ways to cut the wings of the CFPB through legislative maneuvering. For example, the government can try to stop independent funding and postpone the payday arbitration laws. In fact, the Republicans can try to convert CFPB to just a commission.

The fate of the payday loan industry is uncertain. The consumer watchdog was on the verge of implementing fresh rules on payday loans. Plus, the CFPB was also going to extend protections to prepaid debit cards just like the credit cards. I don’t know if those rules will be at all implemented.

No one knows about the fate of CFPB. But, one thing is sure. The financial institutions and the debt settlement industry will be more than happy if CFPB is eliminated or its power is clipped. The scams will increase and the consumers will again be in troubled waters.

Why so much hatred

The Republicans have made several legislative efforts in the past to kill the bureau. In 2015, Sen. Ted Cruz (R-Texas) proposed the repeal CFPB Act. He claimed that CFPB’s independence and power were crippling financial institutions.

CFPB is above the whims and fancies of the party swings in Washington D.C. Unlike FTC which is a 5 member committee, a single executive runs CFPB. He or she serves for 5 years and can only be expelled ‘for cause’. The funding source is the Federal Reserve to avoid any political pressure from Congress members.

CFPB is an independent regulatory agency. It is not accountable to the federal government or anyone else. And, this irks Republicans.

Trump has already declared that he would repeal Dodd-Frank law - the legislation that formulated CFPB. His specific reasons for eliminating the CFPB is not yet disclosed. But, he has openly shown his distaste for Elizabeth Warren, the CFPB’s creator.

What may happen in January 2017

Richard Cordray may be removed once Trump takes the presidential oath. CFPB director Richard Cordray’s tenure is set to expire in 2018.

A federal court in Washington D.C recently declared that the consumer watchdog’s ‘removable only for cause’ structure for its director was unconstitutional. The court announced that CFPB’s director can be expelled for any reason by the President. So, it won’t be a surprise if Cordray is removed on January 21, 2017.