Make your way to a good debt settlement! 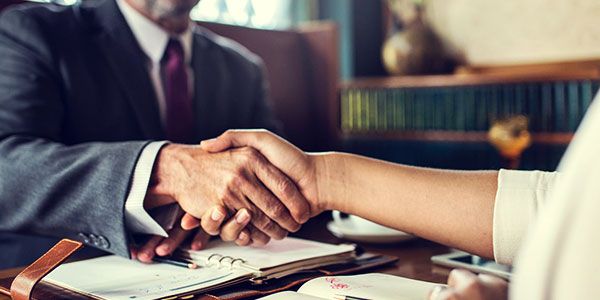 Debt settlement gives you the opportunity to pay off your debts, by only paying a lump sum on the total owed amounts.

This ‘lump sum’ is a very interesting and intriguing word, that attracts many consumers into the field of debt settlement.

But, if you are not careful enough, and can’t do settlement the right way, then you will be landing into a dirty mess, which will ruin both your finances and your credit profile, a big time!

Debt settlement is not for everyone, and not anyone can go into a settlement agreement with a creditor.

To remember, the settlement should please both you and the creditor, at the same time. Only one party benefiting from the agreement, is never the motto of debt settlement. Oak View Law Group has covered debt settlement in its several online segments, which include the all new optimized blog section!

But, exclusively for the general consumers, who take interest in understanding what is debt settlement, and how it is done the right way, here is a compressed, but an uncompromised post to make your way to a good debt settlement.

What debt settlement means, and how to do it yourself (DIY) the right way:

Debt Settlement is practiced by humans for a long-long time. When a debtor is unable to pay off the original debt amounts, he enters into an agreement with the creditor, for the forgiveness of a certain portion of the total amount.

But, debt settlement can only be used for unsecured debts, like credit cards, personal loans, payday loans, and any other debt that is not containing any underlying asset!

So, you can’t settle mortgages or car loans, for they are completely out of the question.

You can do so pretty much yourself, even though debt settlement is not a piece of cake, and at times it can get really tough, if the creditor is unwilling to settle the debts.

In the modern times, you will have to call up the creditor or the respective bank representatives, to offer them a debt settlement agreement.

You state the difficulties you are having in paying the debt off, say that you want to settle the specific debt account, and lower it to a reduced amount.

Expect the bank not to nod head along with you, the very first time you push the offer!

Next, you will be sending in a few number of formal letters or emails, to the banks regarding the settlement offer.

If the creditor or the bank representative, with whom you spoke over the phone, agrees to enter into a settlement, then you will be sending the bank or the creditor a well written letter confirming acceptance of verbal offer.

If the creditor agrees to settle your debts, but for an amount that you still can’t afford to pay, then you will have to send a counter debt settlement offer proposal.

The job’s however yet not done, as a settled debt will hurt your credit score if it gets shown up on your credit report as ‘settled’.

So, you will have to again send a letter to get the bad listing removed, and state that the debt account should be reported as ‘paid as agreed’ or ‘paid in full’.

You can also send a ‘pay for delete’ agreement, to your creditor, for the removal of any disputed, wrong, or unauthorized listing of a debt account, from your credit report!

If everything goes right, then you will be able to settle the debt, for a much lower amount than what you originally owe on the account.

How to do a professional debt settlement, the right way:

Believe it or not, but getting your debts settled on your own, can get a bit difficult. Creditors may not want to enter into any type of negotiation, as in its truest form, debt settlement is a big loss for the creditors.

But, you can take the other way down, if you can’t make the creditor land into an agreement, all by yourself. You should then get professional help.

You need to approach a debt settlement company, and revise your debt accounts’ status, by sitting with lawyers and settlement company professionals. They will be now settling your debts for you, in exchange for the company’s fee!

Once, you start to work with a settlement company, you will be freed of all the hassles of sending tough letters and lengthy-deterring-demoralizing phone calls!

On the contrary, debt settlement can only be done, if you are ready with the amount in hand, you wish to settle your debts for!

It is advised, that you should start to approach the creditors or debt settlement companies, only after you have got hold of the settlement amount with you!