What happens to Debts and Judgements if you leave the United States? 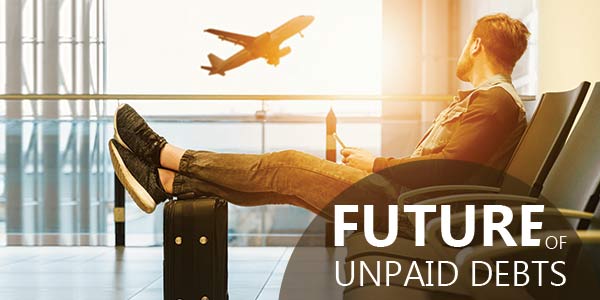 It’s a complex question, and the simple answers aren’t the most accurate ones. Let’s take a look at some common questions related to this issue.

Can a judgment from an American court be enforced in a foreign country?

The simple answer is no. The longer answer is maybe.

Here’s the thing. If a U.S. court enters a judgment against you, and you leave the country, your creditors will face significant hurdles in their efforts to enforce the judgement.

There are no bilateral agreements or multilateral international conventions in effect between the United States and any other country on reciprocal recognition and enforcement of judgments. There are many reasons why, but a big one seems to be the common belief of many foreign states that monetary judgments in the U.S. are excessive.

Moreover, some foreign nations do not recognize claims of extraterritorial jurisdiction asserted by courts in the U.S. Without these agreements, whether or not foreign courts enforce judgements entered by U.S. courts depends on the laws of those countries.

But there’s a catch.

it’s possible that courts in those jurisdictions may choose to enforce a judgment entered by a U.S. court despite the like of an agreement, purely based on their own laws and the principles of comity, reciprocity and res judicata, which is the idea that a matter that was settled by one court should not be pursued in another. If that happens, the lack of a reciprocal recognition agreement won’t help. If the local court holds up the judgement of the U.S. court, you’ll be subject to collections attempts according to the laws of that country.

Can a creditor sue you when you're in a foreign land?

If you stay out of the country, your lenders may face problems suing you.

It is usually not legal for a creditor to sue you in a county or state where you do not currently reside.

According to the laws of most states, a creditor must sue in the county and/or state of the debtor’s present residence. Also, your loan agreement may specify the jurisdiction in which a dispute must be settled.

As a practical matter, the process server may be required to serve you notice in the specific county where your loan agreement was made.

Should I return to the US if I have unpaid debts?

If you know that you have unpaid debts, and you are thinking of returning to the U.S., it’s wise to keep an eye on what is happening with your debts. In many cases, your creditors can file suit while you’re in the country. They can also engage in other collections practices, like frequent phone calls.

If you have unpaid debt, you should consider the risk that legal action may be taken against you if you return.