What does the United States laws specify about wage garnishment? 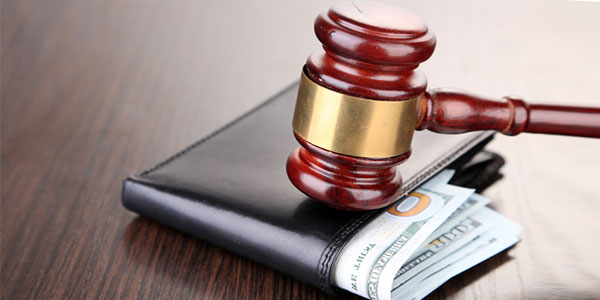 “Garnishment” is a legal remedy authorized by a court and can be considered as the last tool for collection. In most states, the garnishment process can only be initiated by a court order and only if a judgment has been entered by the legal and legislative director of state government affairs for The Association of Credit and Collection Professionals’ (ACA International).

When wages are “garnished,” money is deducted from the debtor’s paycheck and sent to the creditor. This form of debt collection is often seen in delinquent tax situations and back-owed child support, but credit card debt is not immune. When other assets, such as property, are attached, a lien is associated to the property for the judgment amount or for as much of the judgment amount as can be secured so that when a property is sold, the money obtained from the sale would be first distributed among the creditors

When an employer is notified requesting wage garnishment, only a percentage of wages can be withheld from the total amount of the salary according to the total of disposable earnings of the employee allowing the employee some income to live on, according to Title III of Consumer Credit Protection Act. Money is also protected from garnishment are deductions that are legally required to be paid by the employee like federal, state and local taxes, unemployment insurance, state employee retirement system payments and Social Security etc.

Garnishment is a serious legal step, one that significantly affects the consumer. Not only does his credit report receive a major negative marking his disposable income is also decreased. It is at this point that the wise consumer will seek the help of a legitimate credit-counseling agency to get a proper counseling. Living expenses need to be reviewed, and remaining debts need to be addressed. This can seem overwhelming, but help is available, and the sooner they reach out for assistance, the better off they’re going to be.

The Federal Wage Garnishment Law, Consumer Credit Protection Act’s, 1969 Title 3 (CCPA) limits the amount of an employee’s earnings that may be garnished and protects an employee from being fired if pay is garnished for only one debt. For example, questions regarding the priority given to certain garnishments over others are not matters covered by Title III and may be referred to the court or agency initiating the garnishment action.

The law protects everyone receiving personal earnings, i.e., wages, salaries, commissions, bonuses, or other income – including earnings from a pension

or retirement program. Tips are generally not considered earnings for the purposes of the wage garnishment law. The law applies in all 50 states, the District of Columbia, and all U.S. territories and possessions.

The amount of pay subject to garnishment is based on an employee’s disposable earnings, which the amount is left after legally required deductions made. Examples of such deductions include federal, state, and local taxes, the employee’s share of State Unemployment Insurance and Social Security. It also includes withholdings for employee retirement systems required by law. Deductions not required by law – such as those for voluntary wage assignments, union dues, health and life insurance, contributions to charitable causes, purchases of savings bonds, retirement plan, contributions and payments to employers for payroll advances or purchases of merchandise – usually may not be subtracted from gross earnings when calculating disposable earnings under the CCPA.

The wage garnishment law specifies that the garnishment restrictions do not apply to certain bankruptcy court orders, or to debts due for federal or state taxes. If a state wage garnishment law differs from the CCPA, the law resulting in the smaller garnishment must be observed. You may be able to claim one or more exemptions and avoid paying the judgment or at least a portion of it.

Wage Garnishment is a legal procedure, in which some portion of a person’s earning is required to be withheld for the payment of the debt. Most of these garnishments are made by court orders. There are some other legal procedures also which include IRS levies or state tax collection agency levies. They levy for the taxes, which are unpaid.

Title III of Consumer Credit Protection Act (CCPA) says that person has his pay garnished for only one debt then the Act limits the amount of that employee’s earning that may be garnished. It even protects the employee from being fired. If any garnished controversy in wage garnishment arises, then the query solution part has to be taken directly to the court.

The Garnishment law protects everyone from receiving their personal earnings like pensions, salaries, commissions, wages, bonus, etc. this law applies to all the 50 states. Wage garnishment is not prohibited if an employee’s earnings are garnished for one or more debts.

These disposable earnings for wage garnishment under the CCPA many deductions are not made from the employees gross earnings such as voluntary wage assignments, union dues, health and life insurance, savings bonds purchased, payments made for payroll advances, contributions to charitable causes. Only the retirement plan contributions are deducted and that too only those which are required by the law.