Spousal support - Things you must know before paying your ex 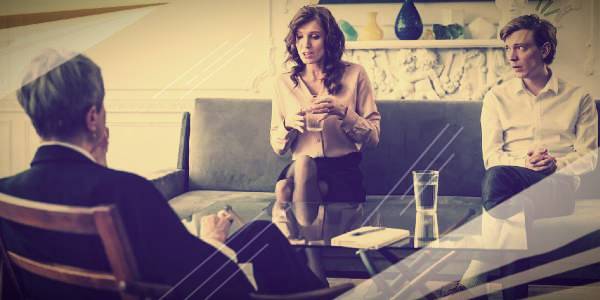 Although divorce might conclude a marriage, it doesn't always mean that one spouse's obligations to the other do as well. Spousal support, often known as alimony, is frequently available to help one spouse start anew after a divorce.

When a prevalent concern is when a couple separates or divorces, financial hardship may result from moving from a two-income household to a one-income. Spouses who work at home might not have the qualifications or experience to secure employment. So, in that case, the spousal support remains unparalleled.

However, many spouses do not know the fundamental things they should know regarding this financial aspect of a divorce. So, let's dig and discuss some faqs on spousal support.

What is spousal support?

Spousal support is a monthly amount paid by one spouse to the other. It is designed to help a spouse who is unemployed during the marriage or earns much less than the other spouse, and the money helps them meet their post-divorce financial obligations.

What are the most common types of spousal support?

There are Four types of spousal support:

Alimony vs. spousal support - Is There a Difference?

No. As per selfhelp.courts.ca.gov, the terms are not different; they are interchangeable and have the same meaning. "Alimony" refers to a bygone era in which men supported women.

Spousal support, however, is not gender-specific. After a divorce, it refers to one spouse with the means and resources to "support" the other spouse. Instead of considering gender roles, spousal support focuses on income and earning capacity.

Spousal support was also tied to a fault in several states. The court might be more likely to grant Spousal support payments if one of the spouses was "at fault" for the divorce. It is because the "innocent" spouse suffered due to the misbehavior of the at-fault spouse.

Divorce proceedings are simple in California as it is a no-fault state. You don't need to provide evidence that your spouse did something to end the marriage. You can get a divorce by declaring that you don't wish to stay together anymore and applying for spousal support in California.

Who gets spousal support?

Judges must first decide who qualifies for alimony payments and what kind of support is suitable before calculating how much each check will pay.

Many people still believe that only wives are eligible for alimony. Everyone is eligible for it. It is unrelated to who initiated the divorce. Any spouse may ask for spousal support in the divorce petition or complaint) or the response to the initial divorce documents. The judge will next determine whether to accept that motion.

How spousal support is determined

The judge's "discretion" - referred to in legalese as the "judgment" is typically used to determine the amount of alimony. Therefore, although certain websites may promote alimony calculators, very few states use these methods.

Distinguishable exceptions to this rule are New York, Illinois, and Colorado. In those states, spousal support is frequently determined by deducting a portion of the paying spouse's income from a part of the receiving spouse's income. However, judges may still decide to deviate from the rules in those states if they think the computed sum would be unfair or improper.

Spousal support formulae are used considerably more frequently, either as a matter of state legislation (as in Pennsylvania) or court procedures in specific counties. But judges will only consider these calculations as a starting point in cases where a state's law does not offer guidance, and they will still have to adhere to the rules set down by the law when considering a couple's marriage.

Judges must consider certain variables when determining how much spousal support is fair in a divorce. Usually, they have to give a justification for their orders. Beyond that, courts have significant discretion in determining what is acceptable in any given case.

State-by-state variations in the proper considerations that judges must take into account generally include:

Can spousal support be garnished?

Typically, the amount will be given to a spouse straight from another spouse's income after being deducted from their salary (called an earnings assignment or income withholding). This is referred to as a wage garnishment by some. The other spouse can take action to recover the unpaid support if one spouse refuses to pay the money.

If a spouse fails to make payments, the other spouse may request a judge to issue an order specifying the amount of unpaid support due (it is called arrearages). Then, they might ask the judge to order that the spouse must make additional monthly payments on the outstanding balance and their own.

The spouse must fill out and file the court forms

Do you need to pay spousal support if your Ex is employed?

You may need to pay spousal support if the supported spouse has a job but earns less than you. But if they make more, it’s usually a good reason to go to court and have your support reduced or terminated.

Peter Beeda, from fhalend.com, added - “If your spouse is working and earning a paycheck, then the answer to this question is no. However, if your spouse is not employed and does not have the ability to quickly find a job, then the state where you currently reside may require you to provide some form of spousal support, such as alimony or maintenance”.

As per IRS - “Beginning Jan. 1, 2019, alimony or separate maintenance payments are not deductible from the income of the payer spouse, or includable in the receiving spouse's income if made under a divorce or separation agreement executed after Dec. 31, 2018.

This also applies to a divorce or separation agreement executed on or before Dec. 31, 2018, and modified after December 31, 2018, as long as the modification:

On the other hand, generally, alimony or separate maintenance payments are deductible from the income of the payer spouse and includable in the income of the receiving spouse if made under a divorce or separation agreement executed on or before Dec. 31, 2018, even if the agreement was modified after December 31, 2018”.

Can spousal support be modified?

You can seek the court to modify your long-term spousal or domestic partner support order if something material regarding your financial status changes after your divorce is final. Such changes can include:

You must demonstrate that the change in your financial situation is significant enough to draw the court's attention. The court is unlikely to be concerned with making an adjustment based on a slight change.

The simplest way to modify spousal support is to have both parties on board, put the arrangement in writing, and submit it for the judge's approval. After then, the judge can change, suspend, discontinue, or reinstate alimony. Your family law attorney will be able to speak on your behalf during the mediation and submit the necessary paperwork to the court.

When does spousal support end?

Temporary spousal support only lasts until the divorce is final. Additionally, several states have set strict time limits for some types of spousal support, such as Florida's two-year ban on "bridge-the-gap" alimony. All alimony is terminated when the supported spouse remarries (or, in some states, begins living with a non-marital partner).

Each state has a different set of guidelines for establishing the duration of support payments. The same factors are also used to determine maintenance amounts, considered by the judges. In other situations, state laws will establish distinct guidelines for alimony duration.

Couples can pause spousal support in California after a "reasonable" time, and this typically refers to the first half of the marriage when it has lasted less than ten years. Except under unusual circumstances, alimony in Kansas cannot continue for more than 121 months.

The most frequent causes for ending spousal support are the passing of either spouse or the recipient's subsequent marriage. Certain states permit the reduction, suspension, or cancellation of alimony if the recipient lives with another person during a love relationship.

The payor must provide the court proof that the payee cohabitates with another person and is commonly accepted as a couple. The payor may ask the court to end alimony by presenting evidence of a circumstance (such as living together) that would cause support payments to end immediately.

Both same-sex marriage and heterosexual marriage are now recognized in several states. Other grounds for termination include the individual becoming financially independent through employment or receiving additional aid.

On the contrary, the payer could petition the court to terminate alimony. The payer may also show that providing spousal support puts them financially difficult. The court will verify situations that make it difficult for the payor to maintain spousal support.

Which states have spousal support?

All American states have spousal support laws. However, the standards and types of spouse maintenance vary from state to state. As long as you meet the requirements in your state, you can request alimony regardless of your current situation.

Permanent spousal support may still be granted in New Jersey, West Virginia, North Carolina, Oregon, Florida, Vermont, Michigan, Connecticut, Virginia, Tennessee, Oregon, Mississippi, Washington, and New Hampshire. In most places, spouses with serious illnesses or disabilities are only eligible for Permanent spousal support, with the length of the marriage serving as the deciding criterion.

States, including Georgia, California, Connecticut, New York, Oklahoma, Tennessee, West Virginia, Utah, Illinois, and South Carolina, have laws that provide termination or modification of alimony upon remarriage or legally cohabiting with another partner.

A parent cannot receive spousal support in New Jersey if they harm, kill, or abandon their children. While Georgia and North Carolina restrict or reject alimony payments because of marital misbehavior, abandonment, or infidelity. Most states do not consider no-fault divorce when determining spousal support payments.

When should you discuss spousal support with a family law attorney?

As quickly as you can, whether you are paying or receiving spousal support, the amount of spousal support you get can influence your income. It will help if you become informed of your rights and options. It is because you have to make decisions that are in your best interest and the best interest of your kids.

You know what spousal support enables you to plan for your financial security following the divorce. You can make a budget and choose a place to live by estimating your support payments.

Since there is no defined method for determining if and how much spousal support is appropriate, working with an experienced spousal support lawyer is essential. Your attorney is knowledgeable about the testimony in court to support your claim for post-divorce spousal support.

The most contentious issues and likely to go before a judge are those involving alimony or spousal support. But if you stick to the rules, you might find a reasonable solution. Consult a family lawyer with experience to learn more about this and take appropriate action.