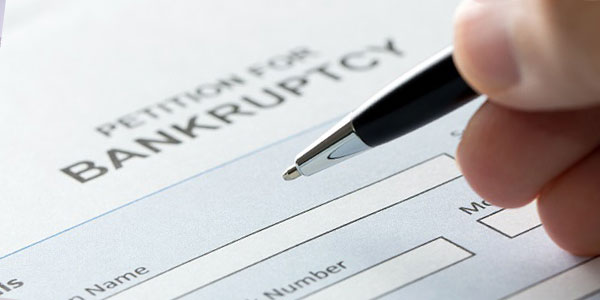 On December 1, 2015, all the official bankruptcy forms were revamped to conform to the national forms modernization project that begun in 2008. The purpose behind this overhaul was to make all the existing forms more consumer friendly and comprehensive so that the general mass can fill out those on their own and without any hassle.

A majority of the official forms have been substantially revised, reformatted, and renumbered. Now it has become mandatory to use these forms except where the court provides its own forms.

For decades, the old forms remained unchanged. And this time, the intention of the federal government was to make stuff easier for both the legal professionals and the citizens.

According to the U.S. Courts, “The revision process drew on the services of a professional forms-design expert, and surveys of bankruptcy petitioners, software vendors, bankruptcy judges, and clerks, as well as other members of the bankruptcy community.” Among the most significant changes, individuals and businesses will have different documents for filing bankruptcy.

Unfortunately, the move isn’t going to make things better for the petitioners.

It is because just being able to fill a form doesn’t make you do all the other legal things on your own, or necessarily make you win a case.

Again, it isn’t what is written in the form that you should worry about. Rather it’s what is not on the form.

Should you do it?

Just because it has been made easier, it’s not necessary that it’s safe for you to do it on your own.

Perhaps, you will be able to answer all the questions, but you don’t know how the information you provide will be used during trials.

The forms don’t detail as in what information of your is going to bring in what consequences since they aren’t meant to give legal advice. You perhaps would be able to fill out the forms without any pause, but you don’t know which information to provide and which to keep back.

Many of you might question the viability of hiring an attorney and paying him/her when you can do the thing yourself.

Yes, a lawyer is going to charge you for that. But don’t get me wrong, there is no substitute for the experience, knowledge, and wisdom of an experienced bankruptcy attorney.

It’s always better to get a professional on your board who has got the necessary expertise and experience so that he/she can safeguard you in case you end up in something bad.

There are many instances where people filed bankruptcy on their own, but had to approach a lawyer as soon as the real proceedings begun.

What forms do and don’t

Forms don’t explore options with people. Forms never offer you legal advice rather just ask for information. Even though there are some notes on every page, they are not expert opinion; nor they explain the consequences.

Forms ask questions that may be unclear to many people. The interpretation can change from person to person no matter how a question is framed. This happens as people read words differently, or interpret in different ways due to their backgrounds.

Sometimes, an interpretation that a common-man derives strictly differs from that of a legal entity. A word that means one thing to one may mean something different to someone else.

Forms don’t say why the questions are being asked. Here is a question as an example.

Why do all assets have to be listed on the bankruptcy petition?

You need to list all your assets so that the court can determine that you’re keeping only what you’re allowed as per the exemption laws. However, the forms don’t tell you about this and simply asks you to enlist your assets.

What warnings do the forms contain

1. In order to be successful, you have to file your case correctly. The rules are very technical, and a single mistake can ruin your case.

For example, the court may dismiss your case if you fail to file a particular document, pay a fee on time, attend a meeting or hearing, cooperate with the court or the other involved entities. Something happening like this can make you lose your right to file another case, or lose protections, including automatic stay.

2. You have to list all your properties and debts in the schedules that you are required to file with the court. Even you have to list the debt you don’t want to discharge in the bankruptcy.

Moreover, if you fail to list a property or fail to claim it as exempt, you may lose the property. Destroying or hiding facts, just doing anything dishonest with you bankruptcy filing may result in denial of your case.

Bankruptcy fraud is a serious crime; you could be fined and imprisoned.

3. If you decide to file on your own, the court will assume that you’ll follow the rules just like anyone else filing with an attorney. The court will not treat you differently.

In order to be successful, you need to have a thorough understanding of the United States Bankruptcy Code, the Federal Rules of Bankruptcy Procedure, and the local rules of the court where you file your case.

Things to watch out for

Read more: How to hire the right bankruptcy attorney