How to avoid resetting the clock on old debts 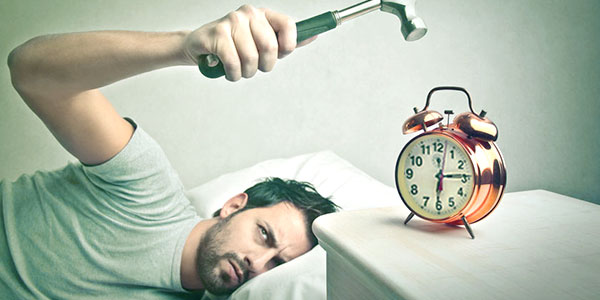 Old debts can create troubles if you do mistakes while dealing with them. By mistake, some consumers reset the clock on old debt and become liable for the debt once again. It also results in getting a lawsuit or wage garnishment against the debts.

In addition to this, restarting the clock on an old debt can affect your credit score once again as it will stay on your credit report again for 7 years (Depending on the state law).

What can restart the clock on an old debt?

Each debt has an SOL (Statute of Limitations) period. The creditors have to sue the debtor for unpaid debts before the SOL period is over.

Once the SOL expires on the debt, creditors or collectors can’t legally force the debtor for the money.

However, the debtor's certain actions can reset the clock on a debt like:

Once the clock on the SOL restarts, the creditor or collector gets more time to use the court to get the money back from the debtor.

Some debt collectors even try to poke the debtor regarding an old debt. It is their trick to afraid the debtors. If the debtor agrees to make the payments by mistake, then the SOL starts on the old debt.

How can you avoid resetting the clock on old debts?

1 Review your credit report to remember the original default date

After 7 years, the default listing will be erased from your credit report. However, the period varies according to states; in some states, the time is 3-6 years.

As per the Fair Credit Reporting Act (FCRA), the debt collectors or creditors are not allowed to change the account number or re-age the debt to consider it as a new obligation.

Thus, the debtor can avoid paying an old debt, which is expired.

A default account can be sold multiple times. So, you can get calls from debt collectors about your old debt.

Sometimes, collectors can call you even after 7 years.

So, once you acknowledge the debt and discuss it with the debt collector over the phone, then your state’s time clock for a default date will start.

And the debt collector will get the chance of collecting money for the debt.

As per the experts, if a person gets a call from a debt collector regarding an old debt, he/she should talk in a hypothetical way.

Sometimes debt collectors harass the debtors by using their unethical tactics. If you face this problem, don’t sit with the fear of raising the debt clock.

A debtor, who is getting debt collection call from the debt collectors, can ask for the written debt validation letter to identify the debt. It will not reset the debt clock of the old debts.

And if the debtor thinks that the collectors are trying to force him/her to acknowledge the debt by giving threatening, then the debtor has rights to sue the debt collection agency or make a complaint against them.

As per the FDCPA law, debt collection agencies are bound to follow some rules while collecting debts from the debtors.

Some debt collectors behave nicely and offer partial or fewer payments to debtors on an old debt. Once the debtors agree on this kind of agreement, the debt clock starts.

Under many state’s statutes, making a partial payment on an old debt can restart the debt clock. Thus, it is important to research on the state’s laws before agreeing on an old debt and making payments.

If you have multiple default accounts and you are not sure about the original default date, then you have to review your credit report closely to understand it as I said earlier in this article.

If you are unsure about the SOL period of a particular debt in your state, then visit the state's attorney general’s office or department of consumer affairs to get the information.

5 Get a written agreement from the debt collector

If you mistakenly acknowledge the debt and restart the debt clock, then make sure you get a written agreement about the payment policy.

If you get a payment plan or settlement offer, then get a written agreement of “Acknowledging payment in full” from the debt collector.

In case other debt collector contacts you for this account in the future, you can show it as a proof that it has been paid.

6 You have right to take legal action

If the creditor or collector sues you even after the collection clock on the old debt has expired, you can take legal action.

Just prove that the debt is too old at the court; you will win the case.

However, you have to prove that the statute of limitations on the debt has expired.

If the creditors win the judgment on an old debt, they can force for the money.

Thus, you have to take proper action within 5 business days once you get the summon. You can file a countersuit and tell the court that the SOL period on the debt has expired.

Under the Fair Debt Collection Practices Act (FDCPA), the consumers have rights to file a lawsuit for a time-barred debt.
Related Articles