Does it make sense to file bankruptcy due to identity theft? 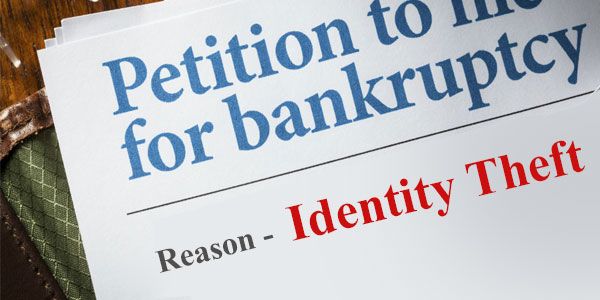 It’s a sad but true story. - and if you've even been a victim of identity theft yourself, you’ll be able to relate.

Jason was overwhelmed beyond words as he received a letter stating his son’s application for the second credit card. He had no idea about what was happening since his son was just 4 years old. Jason reached out to the local Trustee office only to confirm his worst fancies. His son’s identity had been stolen. His social security number had been used to secure many credit cards, unsecured loans, and other debts.

What is the way out?

Identity theft has always remained a matter of concern for the American society. But once everything became online, the occurrences of identity theft have increased tremendously. In fact, a 2007 study by Javelin Strategy & Research revealed 8.4 million Americans had their identities stolen within a year, with an average amount of money being looted was $5,270.

Yes, debts arising due to identity theft are immediately dischargeable in bankruptcy.

Anyone who has had their identities stolen knows how difficult it is to get rid of the creditors for a debt that you didn’t owe. Often, even after proving the identity theft before the agencies, they send it to the collection agencies.

If you file bankruptcy, the creditors who have been pursuing you lately stop immediately. And creditors never try to fight back a bankruptcy resulting due to identity theft.

Should you file bankruptcy for identity theft?

But can bankruptcy really fix identity theft? Does it really make sense?

Do you really think that the damage to your credit score and life that goes with filing a bankruptcy is acceptable to get rid of some debts that you didn’t even owe?

Here is what you should actually do.

If you’ve been a victim, dispute the bogus accounts with the credit reporting agencies. Send all the copies of the letters to the creditors.

Make sure you include the police report and the ID theft affidavit.

If you see that the debt is still there in your account, sue the credit reporting agencies and the creditors for keeping false reports.

If anyone has to be hurt by identity theft, it is the company that allowed the same and those who refused to fix your credit reports.

Bankruptcy is absolutely unnecessary if you’ve been a victim of identity theft. Filing is simply going to hurt you. One of the reasons to enact the Fair Debt Collection Practices Act (FDCPA) was to prevent pointless bankruptcy filings.