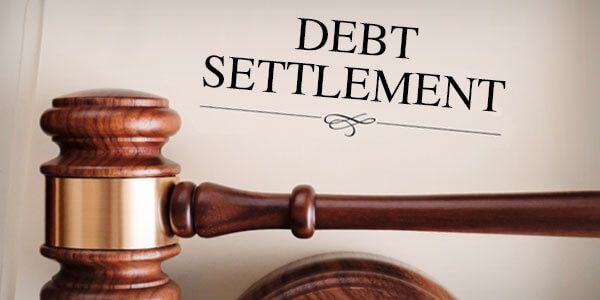 You could be wrong with regards to your debt relief provider’s probity and eagerness to bail you out of your financial crisis. This is because all the hard work put in by the consumer advocates to reign in the unscrupulous debt settlement companies and render their business inert has gone in vain. Why? Find out below.

In 2010, a law came into effect to dispel the upfront fees charged by law firms and debt settlement companies for helping their clients navigate out of their debt woes - bankruptcy alternative and certainly a way out of the debt mess. However, these shady debt relief service providers have found a new loophole in the legislation and so, are getting around through the imposed restrictions to keep charging their customers a hefty upfront fees.

As a result, a fresh challenge has erupted for both the state and federal law enforcement agencies to contain the disease of malicious debt relief practice. According to the industry insiders, some shady debt settlement providers are offering a “new” service for which they are charging a fee. Basically, it is nothing but a novel way to fool the government and continue with their malpractices as usual. However, in this melee they have roped in some white collar professionals, particularly attorneys and lawyers to aide them in robbing the undiscerning poor folks.

States prepare for the offensive

Whenever a law firm is sued by the state attorneys for violating the fresh directive, they claim to enjoy exemption from such a piece of legislation as they are practicing law and offer legal counsel to their clients on matters related to bankruptcy and other allied subjects. In this case, even debt settlement consultations come into their legal ambit and so, claiming it to be their usual attorney-client service pact, they say the law doesn't ban them from charging an upfront fees for their services.

A case in point is, North Carolina’s attorney general, Roy Cooper who won a judgement in January 2012, in a lawsuit filed against a certain law firm, known by the name, The Consumer Law Group. Upon judgement, this law firm agreed to refund or stop collecting $1.2 million in service fees from the North Carolina’s residents and even abandon all its debt relief operations in that particular state.

Upfront fee made to rest in peace by the FTC

The Federal Trade Commission’s (FTC) response to hundreds and thousands of complaints against the debt relief service providers for charging them hefty upfront fees and that too without no fruitful results at the end, was to amend the Telemarketing Sales Rules. Since October 2010, the FTC has banned all for-profit debt settlement companies, using telephone to sell their business, from asking for an upfront fee, unless they have negotiated a proper settlement.

In addition to this law, a number of states like North Carolina, Illinois and West Virginia have formulated laws to ban the practice of asking for upfront fees for any debt relief service provided, whatsoever.

As expected by many, FTC’s new law threw many debt settlement companies out of business but the more stubborn ones went into hiding, only to manipulate any loophole in the law for their selfish benefits.

Ever since the new law banning upfront fees came into effect in October 2010, the debt settlement industry has gone into a continuous process of reformation. Some of the remarkable developments of the trend are as follows:

New debt settlement laws - How did it affect the credit card debt industry?

The Debt Relief Services and the Telemarketing Sales Rule came into effect from October 27,2010. Let’s look at how FTC’s attempt to bring transparency in the debt industry affected consumers and debt settlement companies in the last 5 years.

The good and the bad

The amended Telemarketing rule and heightened public awareness of the woes associated with debt settlement companies were instrumental in driving down the number of federal actions initiated against operators. In 2011, the number of cases handled by the FTC dropped from 35 to just six cases against debt relief companies.

Sadly, people already in contract with such shady debt settlement providers are struck with their predatory business practices.

Time and again, the FTC has warned debt relief companies against charging upfront fees, misleading debtors about the results of their debt settlement programs. Any company (this includes law firms offering debt relief services) that breaks the rule will get into trouble with the FTC.

In spite of the repeated warnings, some companies have gone ahead and violated rules to maximize profits. The FTC has taken strict action against these companies either by heavily penalizing them or by limiting their business activities.

You can get details about the other banned credit card debt settlement companies from here.

Follow the rules or be ready to close your business.

FTC compliant companies such as Oak View Law Group always made it a point to follow all the debt relief laws. It follows a transparent methodology and offers a No result Refund Policy to its clients. Perhaps these are the reasons why OVLG is one of the credible law firms in the country, and it is determined to offer the best services in the future too.