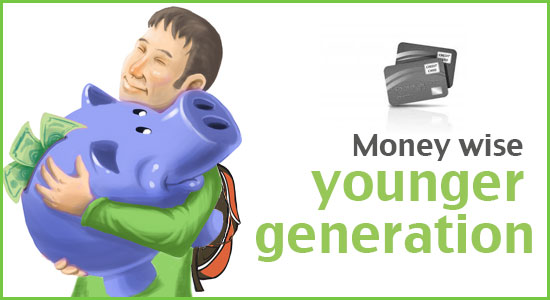 Our students are unfairly notorious for being financially ignorant. According to a latest financial article published by the CBS Money Watch regarding how students have been stereotyped with respect to their ability to manage their credit cards and the responsibilities that come along with such a costly, unsecured debt. A popular skepticism works here in this case where students are said to be spending money recklessly via the plastics.

However, credit cards though they are harmful to some extent, yet their lethality is comparatively below par to that of student loan debt, one that is currently suffered by millions of graduates all across the length and breadth of the country. Now, the question arises that when these young adults are already burdened with massive college debt, then would it bother them too much to add a couple of hundred dollars of credit card debt to their kitty?

Basically, credit card use doesn't always bring in financial catastrophe. Instead, if a person with no past credit or financial history wants to build an effective one, then he/she may do so with ease by using a suitable credit card. The point here to be noted is that credit cards must be handled with responsibility. Moreover, people with no financial background will have to content themselves with low credit card spending limit, thereby making it a challenging task for them to default on their loans.

The best part is, if college students are introduced to credit cards through healthier means, then it would become easier for them to build their credit history much faster in their life. Hence, a financial awareness strategy of this kind will eventually help the undiscerning student population to grow up to become financially responsible citizens of the country. It is needless to say that credit cards prevent the use of cash all too often and so, a convenient and safer payment alternative.

The federal government has already taken some remedial steps to defend the interest of its students from getting exploited by the credit card companies - the most noteworthy of them is the commencement of the Credit Card Accountability, Responsibility and Disclosure Act of 2009. This law provides two-layered protective armour to the financially weak students that is aimed at maiming the manipulative marketing strategies employed by the creditors to attract more and more students to sign up for their cards.

As per the law, students with poor financial background and aged below 21 years must have a cosigner to qualify for a credit card. However, in the past, students aged above 18 years could qualify for a credit card without having to prove their financial security. These days, the lending scenario has become a lot safer for the young adults in college, but whether to get a credit card or not is still a personal discretion that is best decided on the basis of an individual's spending habits.

Frankly speaking, credit card use in absence of a proper spending knowledge isn't one of the preferable choices to make for the reckless spenders. It is a matter of debate that money spent through credit cards at a nascent stage in life foster bad financial habits. Irresponsible spending habits along with the vulnerability of identity theft are some of the serious causes of concern that must be addressed before opening a credit card account during college. In that case, these risks do not imply or aren't sound enough to downplay signing up for them.

As far as overall financial literacy of the people in our country is concerned, then they are low and that includes the adults as well. An average American household is already burdened with around $15,950 of outstanding loan balance and is made to cough up exceptionally high rate of interest as a result of that. Even though high school students are dextrous in balancing chemical equation, yet a large number of them don't know how to balance their financial logbooks or better still their checkbooks.

Unfortunately, a mere 17 states have made personal financial course a mandatory itinerary in their high school curriculum. This speaks for itself as to why students who start off with their college lack in proper money management skills. The bottomline is, credit cards do not expose students to severe financial risks, but when they are used sensibly, then that can be a great source of valuable lesson to boost their young minds with effective financial literacy.