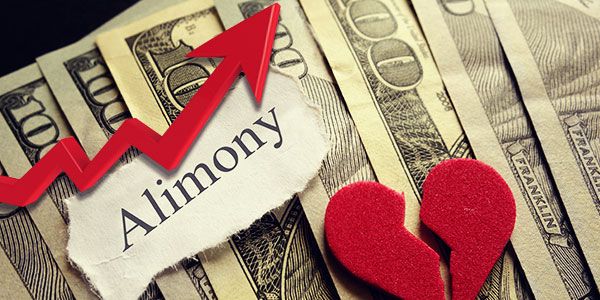 Usually, couples rush into marriages. But thanks to the new tax law, some couples may rush to the courthouse for finalizing divorce agreements in 2019. Trump’s new tax law has scrapped the 75 year old tax deduction for alimony payments.

The massive tax overhaul has surprised divorce attorneys and irritated couples going to the courthouse for divorce. Before the end of 2017, divorce attorneys were unsure of how to proceed with divorce negotiations since the new tax bill was proposed in the House but not in the Senate. They couldn’t comment on the fate of alimony deduction till the final bill was negotiated.

Ending all sorts of doubts, debates and discussions, the new tax bill has finally arrived and it would come into effect from January 1, 2019.

As per the current tax law, the high-earner ex-spouse paying $20,000 a year in alimony can deduct the amount from his taxable income. If his income is taxed at 33%, the alimony tax deduction saves him Rs 6600.

Alimony payments for divorce commenced after December 31,2018 will not be considered as a taxable income of the recipient. The higher earning ex-spouse paying the alimony to the lower-income ex-spouse won’t get tax deduction on the amount paid.

The new rules is not applicable for the couples signing a separation agreement before 2019. So this may induce couples to finalize their divorce agreements by this year to take advantage of the alimony deduction before it’s gone.

The new rules may lead to tougher negotiations and less spousal support. It would also complicate how assets are divided and child support is calculated.

Obviously the recipient of the divorce alimony would be happy with the change in the tax law. Currently, the recipient pays 15% tax on the alimony. The high-earner ex-spouse deducts the full amount from taxable income. The scenario will change completely after 2018.

The changes in the alimony tax law are good for the U.S government since they would make more money from the divorcing couples. It’s great way to raise money for the U.S Treasury. But the same thing can’t be said for the couples. David George, a CPA in California believes that the main reason for the change is a “money-raising effort, since usually the payer who gets the deduction currently is in a higher tax bracket than the recipient.”

The new tax law will have a big effect on the payment of alimony. The divorce attorneys would negotiate hard so that the spouse gets less alimony. This is simple maths. If there is no tax deduction, the high-earner ex-spouse will try to give less for alimony.

Divorce attorneys believe that Trump’s new tax bill will complicate the divorce process, which is already quite difficult and delicate. Couples are less likely to come to a mutual agreement.

The negotiation process will change. Those who are already paying the alimony won’t be affected. But this doesn’t mean that a divorced spouse (in this case, recipient) won’t try for a modification in the divorce agreement for saving tax.

There are a few other facts that need to be considered. For instance, the child tax credit has been increased. The personal exemption that a custodial parent could claim earlier for each child has been eliminated.

These changes will affect the new divorce negotiations. Divorce disputes will become uglier since the alimony paper will also lose tax deduction. The alimony payer will carry a higher financial burden. Attorneys will face a hard time to keep things amicable and civil. Fights and tensions will increase. Settlement discussions will be more difficult.