Debt Settlement in Illinois is by far the best option to pay off your debt quickly and effectively. It is a great alternative to bankruptcy and debt consolidation.

How does Debt Settlement work in Illinois

Debt settlement is where a lender agrees to accept a reduced sum of money from the debtor and that is regarded as payment in full. For most Illinois consumers bothered by overwhelming debt amounts, settlement can be the best way out of debt.

How to settle you debts by yourself?

Getting your debts settled all by yourself is not hard. All you need to do is follow a few basic steps:

Negotiating with the creditors can be a tough and time consuming job, if you do not know the tricks of effective debt negotiation. This is where debt settlement companies come to your rescue!

Debt Settlement companies in any state do all the negotiation with the creditors on their client's behalf.

So, if you are an Illinois resident, struggling with huge debts, you can get professional assistance of a Better Business Bureau (BBB) accredited debt settlement companies here in Illinois. The settlement firms with a BBB affiliation offer the best possible settlement plans with debt settlement lawyers to handle your debt issues.

If you enroll in a settlement program, the debt consultant analyzes your debts and suggests how much money you need to put aside every month so that you can start to pay off your debt.

Then the debt settlement lawyer contacts your creditors and requests that they stop all sorts of communication with you. This ensures that you do not receive any harassing creditor calls.

After this, the lawyer starts negotiating with your creditors. Their aim is to reduce your interest charges and principal as well as curtail late fees and over-limit charges. The lawyer works out the best possible plan and fixes an amount you can pay that is acceptable to the creditor.

Efficient negotiation can cause you to pay as little as 30-40% of the original amount you owed. On the successful completion an Illinois settlement program, you may actually land up saving a lot of money!

Duration of the Settlement process in Illinois

The duration of settlement programs vary according to the debt amount, the type of debt, and the number of debts you owe. The larger you owe, the longer the settlement process.

On average, a normal credit card debt settlement might take 3-9 months, while settlement of other kinds of unsecured debts could take 1-3 years finish

A good debt settlement program in Illinois can actually put an end to your spiraling debts. It would not only revive your accounts to an active status, but also improve your credit score!

How Debt Settlement in Illinois affects your credit score?

Improvement of one's credit score is one of driving factors that propel debtors towards debt relief program.

If you settle accounts that are already delinquent, it will increase your credit score, because settlement will change their status to "paid off" or "settled".

If you settle accounts that are current, then be prepared for a temporary dip in your credit score, as your accounts go delinquent during the settlement program. However, over time your score will recover, as each of your accounts gets settled.

Debt settlement programs in Illinois also get late-marks removed from your credit report through credit restoration once the settlement procedure is over.

Thus a good settlement plan in Illinois can enhance your image as a responsible debtor!

How Illinois Debt Settlement can benefit you

Debt settlement is the best option when it comes to getting rid of debts in a fast and affordable way.

Check out the benefits that you would reap by enrolling in an Illinois Debt Settlement program:

Debts forgiven in a settlement are regarded as taxable income by the Internal Revenue Service (IRS). Ideally, after settlement, your creditors must send a Form 1099-C to you, so that you can report your forgiven debts on line 21 of a 1040 or 1040A. 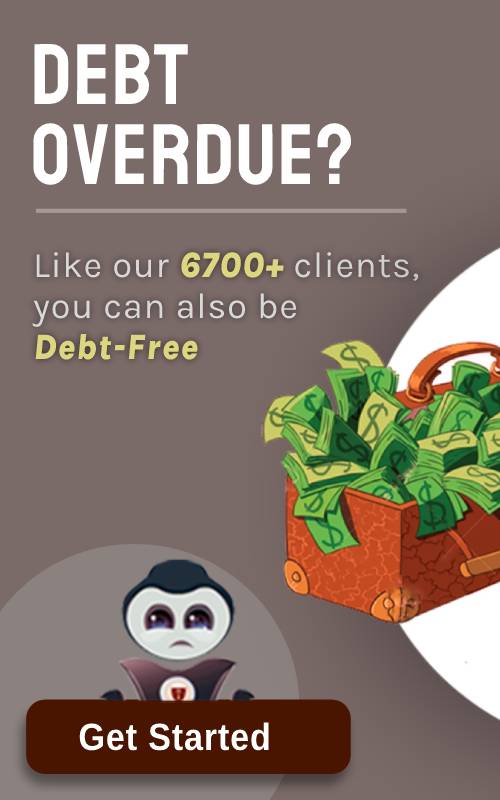