Why you should not keep your assets under cover in bankruptcy 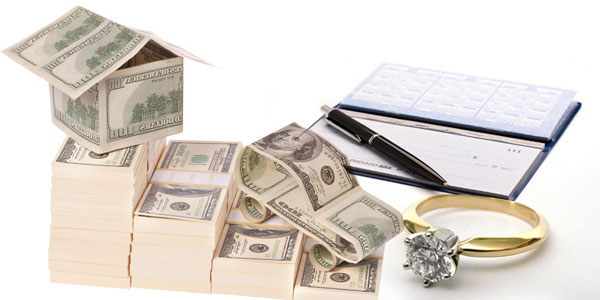 Hiding your assets in bankruptcy is never advisable. If you want to get rid of your debt problems and want complete discharge from your financial obligations, then you must list all your assets as well as debts in your bankruptcy application diligently.

In case of your failure to comply with this rule, then you won't be able to qualify for a discharge. However, a lot remains to be explored since you might have to bear various criminal penalties. Unfortunately, you won't even be allowed to have your subsequent debts discharged under bankruptcy.

Consequents of hiding assets in bankruptcy

If you've missed out on mentioning some of your assets or properties in your bankruptcy application, then here's what may follow as a result of that:

er the Bankruptcy Code, can do this both before or after the case has been closed within a period of 12-months from the date of your debt discharge.

You may have your bankruptcy petition heard. In other words, not getting a discharge under a certain type of bankruptcy doesn't mean that your case will be dismissed. Its just that you'll no longer be allowed to hold onto your assets and that you'll have to turn them over to the trustee, as per the Bankruptcy Code.

Once the trustee has got access to your assets, then he/she may liquidate that to cover the remaining balances to be paid to your creditors. Here, the real difference lies in the fact that you'll continue to be held liable for the repayment of any outstanding loan balances that weren't discharged and paid in full under bankruptcy.

How will the Trustee challenge your bankruptcy discharge?

An adversary proceeding (a kind of lawsuit) will be filed in the bankruptcy court by the Trustee, if he/she finds out that you've hidden your assets. If, on investigations it is proved that you've hidden or failed to enlist some of your assets with the intent of delaying, defrauding or hindering creditors' payment, then the bankruptcy court will cancel or revoke your discharge.

What are considered as hiding assets?

Here are some of the ways by which a lot of people try to hide their assets:

If you are totally ignorant of the process to fill out the schedules such as signing them in blank in order to allow someone else to fill that same form later on or choosing not to declare a transfer of asset that happened within the past 12 months before your filing for bankruptcy can be regarded as an act to deliberately hide assets.

What are the assets bankruptcy petitioners usually forget to list?

There are certain assets that are quite easy to forget, especially when preparing to file for bankruptcy. In other words, you may miss out on some assets when you're filling out different bankruptcy schedules.

A bankruptcy trustee who's been appointed by the court to review your case has the skills needed to identify any sign of hidden assets or fraudulent behavior related to bankruptcy. Usually, a trustee would find out hidden assets by the following manner:

Consequences you will face if your mistake is a genuine one

If you've made an honest mistake and unknowingly missed out on something that are required in the bankruptcy schedules, then it is your duty to immediately file in the necessary papers to rectify the blunder and reveal the asset/s before it gets too late.

In this case, the bankruptcy court won't deny or even revoke your discharge, if it finds out that the act wasn't a deliberate one and it wasn't done to dupe the court or the creditors. Therefore, taking all the remedial steps before the mistake is cited by others will show you in good light and that you had no intention to either delay, hinder or defraud the bankruptcy court or the creditors.