Sad American debt stat: Why you can't stick to your budget 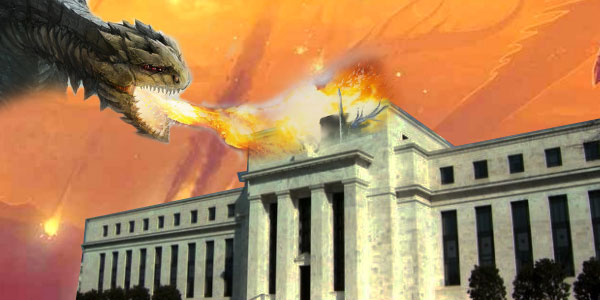 Americans present a gloomy picture when asked what they consider their debt load to be and how likely they are to get rid of it. This comes at a time when the consumer confidence has once again gained momentum and is northward bound.

As per the CreditCards.Com sponsored survey, around 18 percent of the indebted people have confirmed that they won’t be able to eliminate their financial obligations in their lifetime. The figure this time is double than that of the one recorded in a similar survey undertaken in 2013.

Matt Schulz, the website’s senior analyst, has said that a number of factors have contributed to this saddening trend. To start with, both burgeoning student loan debt as well as increasing willingness of the consumers to stack up on credit card balances is behind this upward spiral in the number of financially strapped people. However, the buck doesn't stop at this; rather there are some more factors that simply cannot be ignored.

One of them is underemployment. Adding to the people’s woes is stagnant wages. Interestingly, these economic conditions are afflicting our people at a time when rate of unemployment is on a decline, he said. The fact is that this financial malaise is said to be prevalent in all spheres of the economic spectrum.

Average age of borrowers who’d be able to become completely debt free has been determined at 53. In other words, people with debts like student loans, car loans, mortgages, personal loans, etc on an average were expected to become debt free not before 53 years of age. Sadly, a lot of people now think that it’ll take them comparatively longer to get rid of all their debts. For instance, almost 40 percent of the borrowers think they won’t become debt free unless they are 60 year old. On the other hand, a third of debtors, they will never be able to pay back all their loans in their lifetime.

According to Schulz, if debtors are accurate in their forecasts, then another major macroeconomic turmoil is on the anvil soon. He further added that continued spell of debt load can put retirement of these borrowers on hold for an indefinite period. As a result, this would cause overwhelming economic stress on their children, also referred to as ‘sandwich generation’. These are the ones who try to support both their aged parents and their children amidst a tight budget.

Speaking about the young adults, then these people are said to possess a more positive outlook towards their financial future than what their parents or grandparents had, particularly where debt is concerned. This is due to the fact that only a meagre 6 percent of all the young adults (better known as millennial) surveyed expect to die with debts in their names. Unfortunately, the reality could be somewhat totally different to what they think to be and this could put them into an uncomfortable situation.

Young adults, these days, don’t have too many options to bank upon in case of a financial crisis, unlike their grandparents who went through some of the worst phases of economic slowdown during their lifetime. Surprisingly, young adults have started to rid themselves of their debt obligations, instead of scaling them down. This is because a major portion of their debt is made up of student loan – a secured credit that doesn’t get discharged under any type of bankruptcy.

One of the most alarming revelations from Schulz is that financially depressed borrowers give up on working toward re-building their financial house, or at, least put that in order. This hopelessness could further escalate their financial woes, if they stop making their debt repayments.

Hence, budgeting is one of the best financial moves to reduce unnecessary purchases, save money and pay off debt on time. This has always been the cornerstone of all the debt relief programs offered by OVLG like debt settlement, debt consolidation or simple credit counseling.

Still, there are certain obstacles that keep many debtors from following a definite budget. This in turn hinders their prospects of becoming debt free. Some of them have been mentioned below:

When challenges are so many and weapons to fight them are less, it is important to increase one’s arsenal of savings fund to ward off any kind of financial disaster with ease. Sticking to one’s budget is the key to successfully get rid of debt. It is like a diet that requires consistent adherence - one cannot simply return to old habits after following it for few a months.