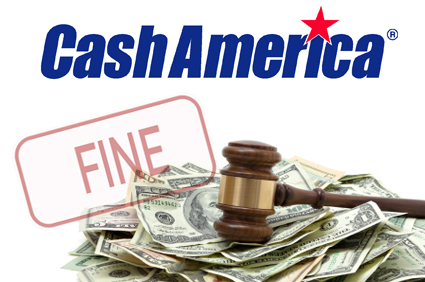 Unfair debt collection has grown almost synonymous with payday lending. For the first time however, the Consumer Financial Protection Bureau (CFPB) carried out enforcement action against a payday lender, ever since it had been created by the 2010 Dodd-Frank Wall Street reform law.

Cash America International faced the strike of the regulators for unfair collection practices and for overcharging military service members. CFPB announced the enforcement action on November 20, 2013. The Fort Worth based company had been accused for robo-signing the documents used in debt collection, issuing loans to military members at higher than the permissible interest rate and for destroying records sought by a federal regulator. The lender has to pay a $5 million fine to settle the allegations along with $14 million consumer refunds. In addition to the $19 million CFPB also instructed the company to improve their compliance with the Consumer financial protection laws.

The bureau had found that the company engaged in 'robo-signing' with important documents which needed review by a knowledgable person. The Ohio-based collection department of the company used stamps as manager's signature on loan collection affidavits without proper review of the supporting documents by the manager. Richard Cordray pointed out that more than 14,000 consumers in Ohio were affected as a result from 2008 to Jan 2013.

Moreover, the company's online payday loan subsidiary in Chicago allowed loans to more than 300 military members and their dependents for nearly a year. The loans were given out at more than 36% annual interest rate, which is the maximum limit allowed by the Military Lending Act.

CFPB also accused Cash America for obstructing the regulatory exam and destroying documents related to robo-signing. The bureau found out that documents were withheld or shred and phone call records were deleted even after the company had been forbidden by the CFPB.

Cash America has however started paying $6 million to the consumers and refunded $33,500 to the military members and their dependents in loans and related charges.