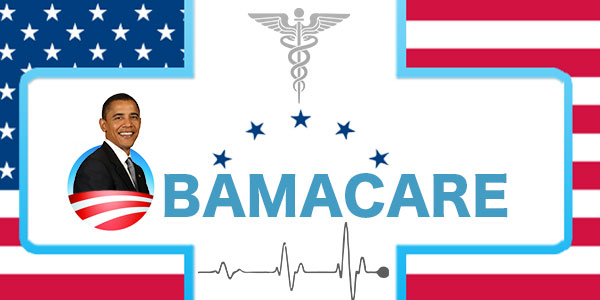 The "Health Insurance Exchange" placed under the Affordable Care Act (ACA), popularly known Obamacare has caught the nation up in a storm. One of the basic tenets of this Act is to provide health insurance coverage to those people who weren't by any till date.

Regardless whether you love it or hate it, ACA or the Obamacare has ignited the hopes of millions of financially weak Americans to get insured under a cost-effective medical insurance coverage program. This in turn, according to the experts, will reduce the number of medical bankruptcies in the country due to overwhelming and uncovered medical bills.

By now, it's no secret that the top three reasons for bankruptcy protection petitions are loss of employment, divorce and/or medical debt. The question now arises, whether Obamacare will effectively curb the American medical debt problem or not?

Before we delve deeper into the Act's effectiveness to resolve the country's medical debt menace, let us see as to what our experts have to say about Obamacare:

Pro: In a White paper issued on September 2012 by the National Patient Advocate Foundation titled, "Issue Brief: Medical Bankruptcy and the Impact on Patients", it was stated that the signing of the ACA unto law and the subsequent, approval by the Supreme Court of its constitutionality gave a new pathway to millions of unfortunate Americans to benefit from quality, affordable health insurance coverage.

The Obamacare (its formal name being, Patient Protection and Affordable Care Act or PPACA) was also enacted to deliver all Americans from the clutches of medical debt woes and medical cost-related bankruptcies. This also targets to eliminate yearly and lifetime limits on coverage as well as caps on their own expenditures. All these crucial provisions were slated to be implemented in 2014 so as to help patients who are vulnerable to experience medical debt crisis that could jeopardize their capacity to avail care and could ultimately get trapped into medical bankruptcy.

Con: National Coordinator of Physicians for the National Health Program (PNHP), Quentin Young, MD, said in an article dated 30th March, 2010 published at www.healthcare-now.org, "Where We Are Now on Health Reform" that the main cause of the country's incapacitated health system is the widespread dominance of the for-profit private insurance service providers who drive up the cost of even the most basic health care coverage. Hence, according to him, Obamacare will not be able to contain the escalating health system expenses and their drive to break consumers' bank and a host of other penuries of the common man.

What leads to medical bankruptcy?

Reasons for medical bankruptcy are as follows:

How Obamacare can reduce the rate of medical bankruptcies

Here are some of the reasons as to why would Obamacare are able to cut down medical bankruptcies in the country:

With the presence of such provisions, the government surely means business to cut down the overall medical debt for a lot of Americans. But, there are some limitations that could negate the positive aspects of Obamacare.

Why would Obamacare fail to reduce medical bankruptcy filings?

From the above information it isn't as clear cut as we thought it would be. This is because there are also some prominent evidences that can potentially settle the debate about how effective Obamacare could be in reducing the number of bankruptcy filings.

A research study conducted by the American Journal of Medicine in 2007 on bankruptcy filings found that sixty two percent of all bankruptcy cases registered in 2007 was due to medical bills. After studying the statistic closely, it was also evident as to why people at large attributed Obamacare as the antidote to curtail rising instances of bankruptcy petitions amongst the people. Interestingly, the study also revealed that three quarters of all the bankruptcy petitions filed by the people in 2007 had health insurance coverage.

The inference we could derive from this research study can tell us how even after having been medically-insured people broke their bank and filed for bankruptcy. Though overwhelming medical bills featured as one of the major reasons for bankruptcy, yet 75 percent of those who filed for one already had medical insurance. Hence, the ACA won't exactly prove to be the solution we thought it would be to eradicate the amount of bankruptcy filings by the people who are already insured, but still declared legal insolvency.

Regardless of any health care changes affecting the number of bankruptcy filings, it would remain an effective debt relief option for almost every kind of debt obligations that are about to ruin the financial security of a family.

Therefore, if bankruptcy is the alternative you are contemplating of using to resolve your financial woes, and then you'll have to make sure that you've done adequate research about it as a solution to all or most of your monetary malaises and whether or not it is the most suitable option for you. Before you consult an attorney, your debt collectors or sign any forms, you need to get free credit counseling from one of our financial coaches at OVLG. They can be of immense help to you as far as clearing up all the doubts regarding bankruptcy that you may have collected while considering it as an alternative to achieve financial nirvana.