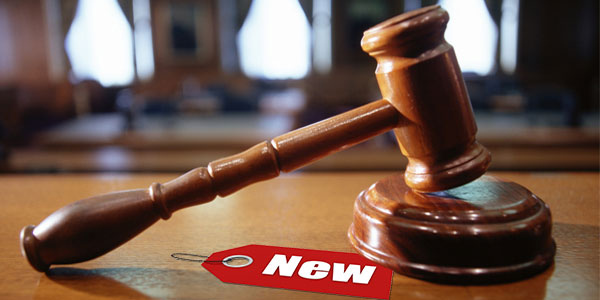 Be prepared for some radical legal changes in the debt industry this year. The consumer watchdog CFPB is ready with its bag of new rules for the year 2015 and they will be dropped like a bombshell one after the other. Some rules will be in favor of the consumers whereas others will go against the debt collectors.

Debt – A booming industry in the US

Debt industry has boomed in the country like never before. In the last few years, debt relief programs have grown in leaps and bounds. Be it student loan lenders or credit card companies, consumers are flocking to debt relief companies like beggars for lower payment plans. Debt collection agencies are doing well too. Just read the excerpt to get an idea about the real picture:

“As per the New York State Unified Court System, a debt collection law firm has filed over 500 collection lawsuits against debtors in 2014. Lawsuits are mainly filed in order to convince courts to issue judgments against debtors. Once that is done, the debt collection agencies take the following actions - (a) issue subpoenas (b) freeze bank accounts (c) garnish wages. So you can very well imagine the amount this firm has earned in 2014 alone.”

The condition of the medical debt industry is even worse. Americans are getting broke as they get sick. In fact, in 2013, medical debt was the main reason behind rapid increase in bankruptcy filings. If stats are to be believed, nearly 1.7 million filed bankruptcy due to medical expenses. Medicaid, federal subsidies and online insurance markets have failed to protect consumers.

“The health law wasn’t supposed to eliminate health care cost-sharing; on the contrary, people are expected to have “skin in the game.” So there will always be a risk of incurring costs greater than people can afford to pay.”

All these startling facts and increasing rate of debt collection abuses are creating an added pressure upon the consumer watchdog to think about new rules. The idea is to protect consumers as much they can and help them fight against the onslaughts of booming debt collection industry.

Here are some rules that are likely to come into effect soon.

The hospitals have to make patients aware of the financial assistance programs if they decide to sell accounts to third party collection agencies.

The motive behind this law

This law has been mainly implemented because in the last few years, some non-profit hospitals have allowed debt collectors to disturb patients even in the emergency rooms. Clearly, charitable hospitals should have some high standard since they already get tax benefits.

2. Collection agencies have to register with the new Registry of Collection Offices in Mexico.

FDCPA laws are now in Mexico also. Debt collectors need to register with the Registry of Collection Offices to continue their business. From now on, they have to abide by the collection laws. This means they can call debtors between 7 am and 10pm. There is also a ban on third party disclosure.

3. Tax refunds will be used to pay off debts in Georgia.

As per the new law, the state can use residents' tax refunds to pay off unpaid debts from courts and a few other political subdivisions. This new law was already approved by the governor in 2014. The law will typically affect the debt collection agencies in Georgia.

After Mexico, debt collection laws are arriving in Thailand soon. The new set of laws are quite similar to that of the FDCPA laws. Restrictions will be imposed on the call time for the debt collectors. Other than that, laws will also affect the third party disclosure and abusive collection activities.