Money is Just a Tool. It’ll Take You Wherever You Wish 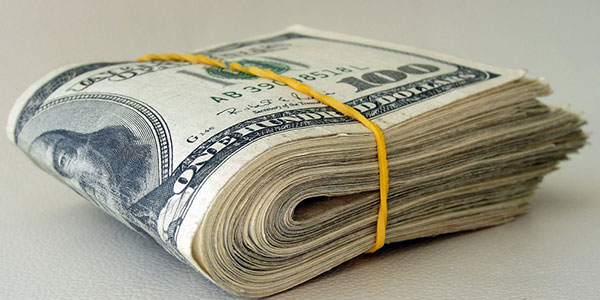 Debt success stories are common these days. Every other guy out there has a story to share. Living below means, picking up a side hustle, paying more than the minimum, and blah-blah-blah. You’ll find these stories almost similar. All heard and nothing remarkable.

However, there are some that leave a mark.

Yes! There are some that make us think. They make us marvel. And the protagonists create examples. They tread a new path for us. They teach us how to deal with money. They succeed because they treat money as a tool, and not a goal.

They have a pretty varying relationship with money than many of us. Unlike most of us, they don’t see it as a means for instant gratification. Money is just another tool to them. Monetary wealth isn’t the goal they want to achieve. It’s happiness that matters to them - doing things that make their life meaningful - reading, writing, traveling, spending time with family, etc.,. And it’s this tool that helps them achieve these.

Today, we’re going to tell you a few inspiring stories of such people who used money as a tool for a living, and to become debt free.

The story of Jackie

The first story is of Jackie and her husband of The Debt Myth. The beginning sentence reads, “My husband and I have paid off over $147,000, and the debt free life is awesome. You can live that life too!” and that is quite motivating. I’m sure you must be wondering if it’s possible. I can’t say I didn’t feel the same way when I first knew about them. But the truth is they did it.

They believe that becoming debt free is totally doable, and anybody can do that as long as there is a will. And once you start paying stuff off, things become easier and easier.

For them, it didn’t happen overnight. In the beginning, they just wanted to pay off the credit cards, which were a combined $17,000 or so. It took them about 3 years just because they had no idea what they were doing then. Neither they had heard about the debt snowball method, nor did they knew much about the personal finance thing.

They kept on with their minimum payments as it was easy to them. They needed to change their outlook towards money. During this time Jackie lost her job. She had a student loan, a mortgage with her husband, a car loan of her husband, and she herself borrowed money to buy a rental property (which was not included in the $147k total) during this time.

However, they were relaxed in spite of all these. They didn’t try to pay off anything during this time.

In 2006, two major things happened in their life. Jackie got a job (bringing home about $2100 a month), and they changed their mindset.

Now they had money coming in after years. Jackie decided to pay off her long-deferred student loan. It took her less than 5 months to pay off a balance of $9,759.46.

During this time they started learning about personal finance. The idea of becoming debt free had started to sink in for her.

Drawing inspiration from her, her husband too paid off the $15,500 car loan in November 2006, which he’d taken out in 2004. Jackie sold the rental property and started tackling the rest of the debt. They paid off the $10,000 no-interest home improvement loan they’d taken out. Jackie and her husband paid off their last bit of consumer debt in October of 2009.

They took a break after this as they no longer had any consumer debt, except for the $95k they owed on the house. They did many things during this time other than focusing on debt.

In their words, “We got our emergency funds fully funded. We began contributing to retirement like crazy. We went through another layoff, which lasted more than a year. We got better jobs, and raises.

We took trips various places. We paid for multiple surgeries, braces, college tuition for my son, months of weekly vet visits for our sick cat, more home improvements, a slew of “minor” car repairs like replacing a transmission, and major car repairs after an accident.”

In 2009, they decided to go ahead and pay off the house. By 2010, their goal was to “pay a minimum of $35 extra per month toward the mortgage”. They continued with that, and some. While sometimes they slacked off, sometimes they hit hard. While her husband did a few odd jobs, she too brought in extra money with her side business.

By late September 2011, they were down to $49,500. However, they didn’t stop there. They kept on sending as much and as often as they could. There were some months when they even paid 8 payments to the mortgage, in varying amounts.

Their story was so inspiring that the article was shared more than 831 times. The story even forced many people to come up with their unique debt free journeys.

On the original article, one commenter wrote:

That is absolutely fantastic!

We paid off $235,000 in 5 1/2 years. We are still plugging away at 2 car payments, some back taxes, and the last of a laptop and couch. The credit card debt was $57K (personal and business), plus car loans, taxes, and computer loans. No mortgage in that number. Would love to buy a house someday, but have to save up for the down payment.

Our business has gone up and down over those years. We weathered through 9/11 and the Great Recession. Sometimes it was a struggle to make minimum payments and other times the snowball was a crazy 7-8K a month.

We started in 2006 officially on the Dave Ramsey bandwagon even though I had been trying to pay off debt before, I finally stopped debating on our personal credit cards and got serious about living within our means.

Looking forward to the day when we can take our family to Hawaii or Italy and pay CASH!

I can’t wait to read more on your blog on how you are going to save, give, and have fun now that your mortgage is paid off. That is so exciting! Congratulations!

Jackie and her husband believed they could do it and never gave up. What is the secret behind their success?

Though this story has much in common with the embarrassment, depression, and hopelessness that debt-ridden people endure, this is such a tale that you don’t hear everyday. While I was lurking on Reddit one day, I came across this incredible story.

John’s 2014 was really, really tough. He made something around $7,000 that year, and he paid rent, ate, and paid phone bills. He met everything alone as he didn’t live with his parents.

John had started working with a (now former) friend on a startup. The startup was initially succeeding, but slowly (and certainly) it earned less and less money everyday. John started making pay cuts to ensure other staff got paid. He was trying to make a venture succeed that had failed a year before and he just didn't realize.

John was working very hard, hoping that they would make that one or two big deals that’d change their pathetic lives into million dollar dreams.

However, steadily he saw the roof caving in and he didn’t have any idea on how to exit. “Sure, I could have got a grocery job, but I wanted to make it happen”, John said.

It’s very difficult to know when to quit, and he failed.

Everything went out of control so fast that he didn’t even notice until he couldn’t afford to eat anymore. “Once my friends started buying me food I realized that things were completely out of control,” John exclaimed.

Even living an incredibly miserly life doesn't cut it when you're earning virtually nothing. So, in spite of a strong amount of personal pride, John had to borrow around $750 from different friends for survival.

He ate chicken soup 7 days a week. The weight of the debt, the embarrassment for not being able to buy his own beer, and having his friends check up on him all the time was crushing him mentally.

John’s friends were really sympathetic but they couldn’t understand his broke situation. All of them were earning well, and John didn’t even have the money for the bus fare to meet them on Fridays and Saturdays. Sometimes, he thought about walking for 2 hours and apologizing later for turning up late. Sometimes, he avoided as he was afraid of someone asking him to grab a couple of lemons. Buying a lemon was a supreme luxury to him at that time. It’d exhaust 50% of all the money he had.

Just try to visualize the lifestyle John led for almost one year - probably the cheapest possible way of living. Almost no money was coming in, and few going out.

“I had completely forgotten what financial independence meant. And every day I had the fear of not knowing what the hell I would do when my already dying phone were to break, or my clothes all to wear out, or an unexpected bill to roll in,”, John said.

Fortunately, John managed to get a new job after going through a nightmare that lasted for almost a year. He went from $7k ("salary") to $58k salary. He paid his rent, paid back nearly all of his debts, went out with friends and bought them their drinks.

Moreover, this episode in his life has taught John the value of money. He no longer takes money as granted like before. Now he questions buying a morning coffee when he can make one himself, or getting a taxi rather taking the bus. “It seems miserly, but I became very skeptical of accepted expenses. The most interesting thing is I feel sane again,”, John says.

This is an extraordinary story. It should inspire all out there who are going through a similar situation. This should help every single person out there who is facing a tough life-situation, clueless, and searching for hope.

Debt can be frightening. If you want to get it off your chest, fight back and if required, ask for help. A majority of people who file bankruptcy actually accept defeat in the game. The problem becomes so overwhelming that they begin to accept everything as normal, rather than fighting for something better.

If you want to get out of debt, you need to turn the seemingly overwhelming problems into quantifiable and measurable problems. Chalk out a plan that you can execute on a day-to-day basis. Trust me, things will be easier.