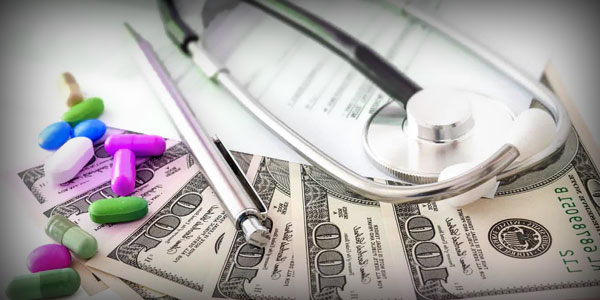 A new survey has confirmed that the number of people suffering due to costly medical bills have started to decline after almost decade since they started inflating. The inference drawn from the survey showcases the positive role played by the much-debated social welfare legislation of President Barack Obama, in reducing the common man’s financial distress. Affordable Care Act, as per the evidence, has been providing health insurance coverage to the uninsured people, besides improving their economic condition. This was the main goal for enacting this law.

A massive telephone survey has been underway for a decade and that it was conducted in every few years. It is conducted by Commonwealth Fund, a New York-based health research think tank that has been tirelessly asking people over the phone about their medical bills. One such survey was conducted in 2012. Through the survey they found that an increasing percentage of people are having a tough time in paying back their medical dues, were paying off their debts or had been harassed by the collection agencies. Interestingly, this menacing trend has taken a U-turn ever since Obamacare kicked in.

Moreover, the number of people avoiding to see their doctors due to cost and other concerns have also taken a plunge. According to Commonwealth's vice president, Sara Collins, heightened access to health insurance has provided the cash-strapped people with the necessary financial means to pay for their medical expenses. After having worked on the survey, she said that due to governmental policies public health is improving and the most glaring example of the same is how Obamacare has health care treatment so much affordable for the general mass. The Act has shown an indication that people are showing interest to pay for their medical care - something they were deprived off previously.

Sadly, medical care costs still remains a major financial hurdle for most Americans. The survey has found that the percentage of Americans who suffered financially, due to overwhelming medical expenses or were burdened with medical debt since over a year have gone down from a steep 41 percent in 2012 to 35 percent as of 2014. In other words, a third of all the people in the country don't have the required monetary resources to afford a proper medical care. An exceptionally rate of problems revolving around medical debt was taken up as the subject for a recent study undertaken by the country’s consumer watchdog, the Consumer Financial Protection Bureau. The study conducted by the CFPB brought into light the number of Americans whose credit reports had tradelines connected to medical debt. In addition, medical debt has been voted one of the leading causes of personal bankruptcies.

This health care law was developed with the target of wiping out financial distress of the sick. It sought to make the health care facilities in the country more people-oriented and more affordable. Apart from that, it was also found from the same survey that almost 43 percent of the people skirted the idea of using any kind of medical care, citing budgetary limitations. Fortunately, that same rate of indebted Americans have gone down in April 2014 to 36 percent.

Ms. Collins further added that a reduction in the number of Americans with medical bill problems as well as medical debt reveal how in droves, people did opt for the insurance policies. As a result, people who had nowhere to go as far as hospital care/doctor’s visits/ prescription drugs and other costs are concerned. Its a paradox for the uninsured people to pay more out of their pocket for the medical attention they receive. This imply that the uninsured people will have to shell out more dollars as compared to those who have a health care insurance in place.

Not just that, Commonwealth, also unearthed a fact that people who have already got themselves insured before 2014 were having to deal with lesser problem. Such a trend can complement the health law which mandates a clear message from the senior management. Additionally, another trend in on the anvil. It speaks of the improved financial protection granted to all the people. This is why more and more employers these days are asking their employees to pay their deductibles and a host of other associated costs on time.