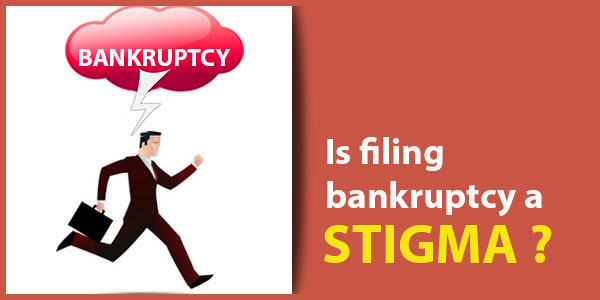 In our society bankruptcy is still considered a taboo. This has been the reason for many a disgraceful events occurring in our society and thus, forcing us to introspect our social as well as moral fibre.

Man kills wife and son before killing himself - Why?

Lets start with the actual incident. The story goes like this:

A resident of Queens, New York killed his wife and son, before slitting his own wrists and setting the home on fire. Firefighters were called in when neighbors noticed smoke coming out of the house. The dead bodies were lying in the living room and as per the preliminary reports, firefighters found the throat of the victims slashed and lay dead with a burnt out blanket kept beneath them.

Investigators discovered a note and was believed to have been written by the father. He alleged to have complained about his inability to pay his rents, according to his close aides. The father's wrists were cut. Hence, it indicates suicide. Sources said that the incident is a case of double murder-suicide. A note found in there indicated the same.

A close acquaintance of the family identified the father as Joon Lee, a tractor driver by profession, mother Sung Lee, a nail salon employee and their 16-year old son, Brian Lee, student at the Brooklyn Technical High School.

The acquaintance on conditions of anonymity also revealed that both the mother-son duo went for some back-to-school shopping at the Abercrombie & Fitch on Monday, 8th September, 2014. From the records, it was concluded that the couple had filed for Chapter 7 bankruptcy in 2005, owing around $100,000 in terms of outstanding loan balances.

Now, question arises, as to why did the father shy away from filing for bankruptcy protection for the second time, especially when he is already aware how it can help him provide with a new slate to start his financial life afresh? Did the notion of becoming an outcasts in his society for breaking his bank and appealing for a discharge from his debts for the same reasons drove him to commit such a heinous crime?

The answer is probably, yes. And here are some facts to validate the answer.

You cannot but accept that bankruptcy is still considered a kind of scarlet for many Americans, even though an increasing number of them are having their debts wiped off through it permanently.

According to data published in a leading financial website in 2010, around $588 billion of consumer debts were cancelled in 2008 alone. The debts discharged fell both inside and outside the ambit of bankruptcy. Interestingly, the social slander as a result of bankruptcy to get rid of financial obligations remains dominant even though having one's mortgage loans canceled has eased off over the course of time.

The fact that bankruptcy is so widely looked down upon is that it has been associated with individual shortcoming. One of the reasons for being so is that bankruptcy always indicated profligacy that manifested in a person in the form of reckless spending and over-borrowing. While fighting a bankruptcy case, a couple has to list the details of their financial assets and debts.

In other words, a debtor filing for bankruptcy must provide a detailed information about the amount of debt owed by him or her to the creditors. But, then he or she will have never have to reveal as to where the money was the money spent or for which purpose. Moreover, details of bankruptcy make their way to public records for almost 10 years.

When people think of filing bankruptcy, then they spend a lot of time interviewing other bankrupt borrowers. As a result it becomes difficult for the bankruptcy experts to counsel them and when they do, then that case gets categorised under suicide protocols of different university research.