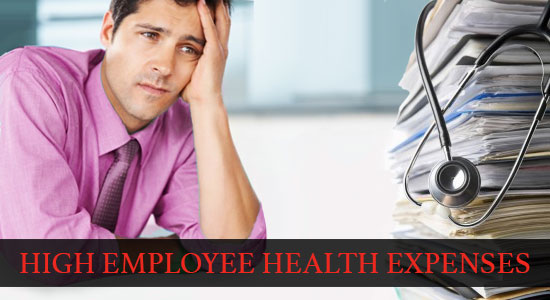 Maryland officials have done the unthinkable; they have implemented a plan that would help to save $4 billion on health care expenses in the next 10 years. In August 2014, the state officials accepted new health insurance contracts that would force state's 250,000 officials and retirees to follow doctors' instructions. Those who consult a primary care physician, get a proper medical checkup and act as per the advice of the doctor will have their preventive care completely covered without any co-payments. The preventive care costs would include lab work, generic drugs and x-rays. On the other hand, premiums will be increased to $375 for those who would violate doctor's instructions by 2017.

As per the Maryland officials, the state spends a lot of money to cover health care expenses for those who don't:

(i) Act as per the doctors' advice. (ii) Seek preventive care

Each state is facing the same problem across the country. It's high time states take some strict actions to control expenses. The burning example is Maryland's new incentive program.

As per the report formulated by The Pew Charitable Trusts and the John D. and Catherine T. MacArthur Foundation, states spent $25 billion for the 49 state-sponsored plans. This means states paid $805 (monthly premium) for each employee. Nearly 2.7 million households were insured under the state sponsored plans. Total $31 billion was spent on the plans, out of which states contributed a substantial amount in 2013.

States with highest and lowest premiums

It would be not right to criticize the states who spend a good amount on the insured plans. And, it would be equally unfair to rank states as lots of factors influence spending and this includes:

However, some states really need to bring a health care reform. New Jersey has one of the most expensive insured plans in the nation. The Gov.Chris Christie has been trying trying hard in the last few months to cut down the state's portion of the burden. In fact, he has already set up a panel to come up with plans that would help to curtail employee health care expenses. The main objective is to reduce both employer and employee expenses prior to 2018 when states will have to face Affordable Care Act's "Cadillac tax". This tax will be mainly imposed upon the expensive health care plans.

New Jersey has already increased the health care premium amount for the employees from 9% to 15% in the last 4 years. So, it would not be totally right to claim that the state has nothing to do reach its target.

The only solution - Employees have to pay more

States often can't do much due to demographics and differences in health care costs. However, like Maryland, they can certainly try to control plan richness, which is basically the amount paid by the employers. Usually, states cover 92% of all costs and 48% of employees are under plans without any deductibles.

States have to bring policies to make employees pay more towards their insurance premiums and cost-sharing services. Generally, cost sharing services imply that employers give higher deductible plans or spend less for particular services. This induces employees to avoid expensive medical procedures, medicines as well as the overuse of emergency room.

Wellness programs strive to bring a positive change in the consumer's behavior and improve the health condition of overall population by targeting the primary causes of chronic health issues such as smoking, anxiety, alcohol, obesity, etc. As per the 2010 Harvard study, every dollar invested in a Wellness program can help to reduce medical costs by more than $3 and reduce expenses associated with absenteeism by $2.73.

However, the success rate of Wellness program is not that high in real life. Nearly 50% of big public and private employers offer this program. Only 2% of these employers have reported savings. Several wellness program sponsors think they've increased productivity, lowered absenteeism and save dollars. But most of them have not made a proper evaluation yet.