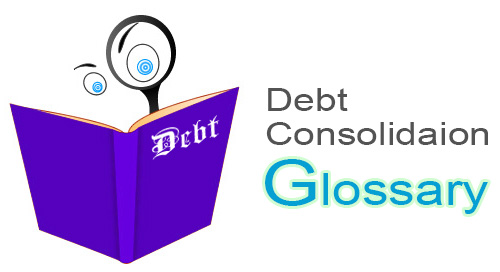 Administration Order: An order issued by a county court to arrange and oversee the payment of debts by a debtor.

Assets: Anything that the debtor possesses and is used as collateral against a loan taken out by the debtor.

Acceleration Clause: A clause in a loan agreement that allows the creditor to demand early payment (sometimes in full) for reasons such as the debtor's defaulting on the loan, destruction of property, or transfer of title.

Additional Principal Payment: The extra money that is included in a monthly payment plan so the debts can be repaid faster.

Adjusted Balance: The remaining balance on a debt after payments have been subtracted from the principal balance (without the interest or fees). Balance adjustment is a consumer-friendly practice, which allows the interest rate to be calculated on the adjusted amount and not on the principal.

Amortization: Amortization refers to gradual repaying of a debt in partial payments rather than in a single payment.

Bad Credit: The financial status of someone who is considered "high risk" for creditors. Delinquent accounts, late payments, overuse of credit, or filing bankruptcy can lead to bad credit.

Charge: The amount of money a creditor requires a debtor to pay in compensation for money lent.

Conditionality: The additional requirements associated with a loan, other than simple repayment.

Consolidation: A debt relief option, where you merge your several debts into single debt and pay it off at a fixed interest.

Collateral: Property that is used as security for the repayment of a loan. If the borrower fails to repay the loan, the lender may sell the property to recover the payment.

Credit: The money that the lender provides to the borrower and the borrower must repay the money within a fixed time at a certain interest rate.

Creditor: Someone who lends credit.

Debtor: Somebody who owes money to a creditor and is obligated to repay the owed money.

Default: Failure to repay a debt according to the terms of the legal contract. A debt is assigned a default status if the payment is 30 days past due and collection actions can be started.

Debt-to-income Ratio: A comparison of monthly expenses to monthly income expressed as percentage.

Delinquency: Failure to make timely payments on debts every month.

DMP: A Debt Management Plan (DMP) is a planned debt relief method that involves devising of payment plans with creditors so debts can be paid off by within the debtor's monthly budget. Credit counselors recommend DMPs as the best possible alternative to bankruptcy.

Director: A person who carries out the affairs of a limited company.

Discharge: When a debtor is relieved of their liability for a debt, it is called discharge.

Dividend: Any sum of money disbursed to the unsecured creditors during bankruptcy.

Equity: The difference between the market price of a property and any money owed on it. Equity increases as these debt claims decrease and/or the market value of the property rises.

Fixed Charge: A certain number of debts you must repay, usually at a regular interval, without being changed.

Grace Period: The period of time after the due date within which payments may be made without penalty.

Guarantee: A written agreement to pay a debt that a third party owes.

Individual Voluntary Agreement: A negotiated settlement between a borrower and their creditors that allows the debtor to repay a reduced amount in affordable monthly installments over a fixed period of time. The terms of the agreement usually depend upon your personal circumstances but ultimately allows for a portion of the debt to be waived off.

Liability: Legal obligation towards something, including a debt.

Over-limit Charges: Fees that are charged to borrowers who expand their balances beyond the permissible limits.

Point of Sale: The literal time and place where an agreement/transaction is taking place.

Principal: The original debt amount that debtor had borrowed. It does not include interest, but the interest is based on this amount.

Revolving line of Credit: A credit account that allows the borrower to withdraw money up to a certain amount from a creditor/lender. As long as the borrowed amount is repaid on time, the borrower may borrow more money within the fixed limit. Credit cards and Home Equity Lines of Credit are popular revolving lines of credit.

Wraparound: Combining an old loan with a new loan, resulting in a new interest rate that is average of interest rates on the old and new loans.