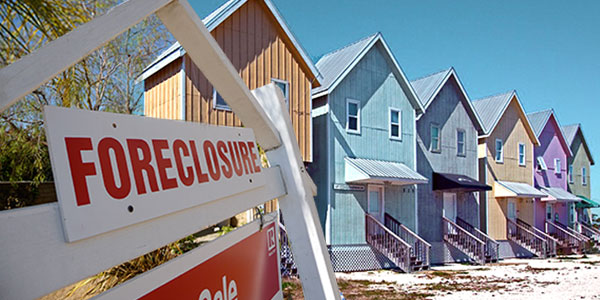 According to a new study, at least a quarter of the roughly 8.7 million student loan defaults during the Obama administration and before is because of the housing crisis.

While many reports have advocated against the non-traditional borrowers and blamed them for the rise in defaults, Holger Mueller and Constantine Yannelis, economists from the New York University argued against it, and said that the recession and the housing collapse was highly salient in nature and that’s why some areas saw bigger rates of defaults than others.

“The drop in home prices during the Great Recession accounts for approximately 24 to 32 percent of the increase in student loan defaults,” the authors estimate.

Drop in home prices starting from 2007 helped tank the economy; the labor market struggled in the zip codes where home prices faced the greatest heat; borrowers in those areas defaulted on their student loans more.

The authors found a strong relationship between home prices, employment losses, and student loan defaults at the individual borrower level, which is concentrated among low-income jobs. 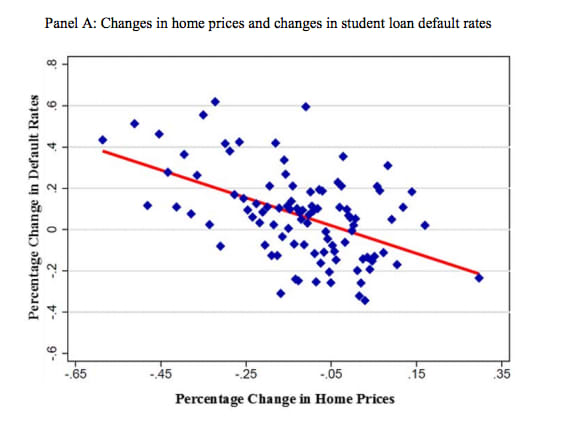 The authors, after comparing the default trends of homeowners and renters, found no evidence of a direct liquidity effect of home prices on student loan defaults. According to them, those who were most likely to default were low-income borrowers having high amounts of outstanding debt.

Lastly, the authors tried to show that the Income Based Repayment (IBR) program introduced by the federal government in the wake of the Great Recession reduced both student loan defaults and their sensitivity to home price fluctuations.

After the introduction of IBR in 2009, many were eligible for relief. It allowed the borrowers to pay off student loans based on their actual income, with a 15% cap on payments as a portion of income. The program really helped low-income borrowers who would otherwise default if faced prolonged unemployment.