What happens to the employees of Chesapeake Energy after filing bankruptcy? 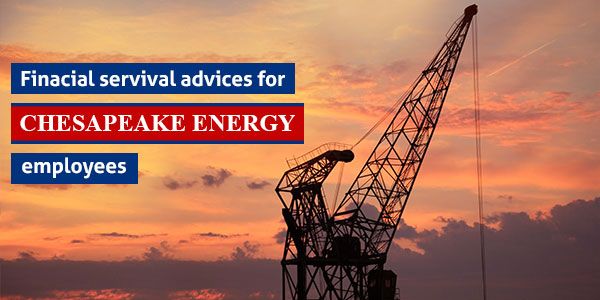 What happens to the employees of Chesapeake Energy after filing bankruptcy?

Chesapeake Energy has filed Chapter 11 bankruptcy (also known as business bankruptcy) in the last week of June 2020 after incurring a gigantic loss of $8.3 billion in the first 3 months of 2020.

Why did Chesapeake file Chapter 11 bankruptcy?

Chesapeake Energy is considered as a pioneer in the natural gas and energy sector. The company has helped our country to turn into a major exporter of natural gas in the last few decades. The company is known for its skill in extracting natural gas from shale rock in the country, and they have filed for business bankruptcy to pay off its debts.

In the last few years, Chesapeake Energy incurred huge losses when its co-founder and former Chief Executive Aubrey McClendon overextended the business empire and accumulated over $20 billion debt. After he was forced to leave the organization in 2013, the Oklahoma City-based organization never recovered from the financial toll completely. In March 2020, Chesapeake Energy had only $82 billion cash. But, it is not enough to clear the $9.5 billion debt that they accumulated at the end of 2019. And, this is not the end. The company has to pay $192 million due in bond payments by August 2020.

The financial situation of the company is quite bad, and critics are not exactly too hopeful about its future during this uncertain time. The company needs massive restructuring, and this is exactly why they have filed Chapter 11 bankruptcy.

The President and Chief Executive officer Doug Lawler said that his team is working hard to reset Chesapeake's business policy and capital structure to overcome its financial weakness. He commented,

“Chesapeake will be uniquely positioned to emerge from the Chapter 11 process as a stronger and more competitive enterprise.”

Filing Chapter 11 bankruptcy is a strategic move to bring a complete financial makeover. Speculation is there that the company has already received $925 million through revolving credit and paid off $7 billion in debt. Moreover, it has also obtained a $600 million future commitment of new equity.

What happens to the employees of Chesapeake Energy after they filed bankruptcy?

The employees of this world-renowned organization have already started suffering due to the frail financial health of Chesapeake Energy. The bankrupt company has already canceled the bonus of senior employees. Instead, the company has announced a quarterly bonus system for its rank and file employees.

Given the current economic condition of Chesapeake Energy, the financial future of the 1900 employees is bleak. The COVID-19 outbreak has dropped the demand for energy as millions of people are staying at home. The company was already dealing with low commodity prices created by the global price war. Now, it has to tackle the after-effects of pandemic also. As fewer cars are on the road, the demand for natural gas has also dropped. The business is down, not only for Chesapeake Energy, but for almost all the companies worldwide.

As such, Chesapeake had to make a few hard decisions to protect its future. One of them is the pay slab changes.

The quarterly bonus system has been kept for the employees to motivate them for achieving the company's short-term and long-term goals. Unless the employees work hard, it will be tough for the company to complete Chapter 11 bankruptcy successfully. The journey has just begun.

How does Chapter 11 bankruptcy usually go?

How can employees fight with debt and financial problems?

Working in a bankrupt company is itself distressing. Moreover, the recent pandemic has added salt to the injury. No one knows what will happen next.

If you are an employee of Chesapeake Energy, then the first and foremost thing that you should do is stop panicking. All is not lost. The company has filed Chapter 11 bankruptcy to get back to its feet. All you need to do is work hard, have faith, and wait until the financial situation of the company revives.

Chesapeake Energy considers its employees as valuable assets. And, in this situation, they are less likely to fire you since they need loyal and hardworking employees who know the ins and outs of business operations well.

Even after Chesapeake Energy has filed Chapter 11 bankruptcy, it would continue its work like before. They will pay all the employees and give a bonus for extraordinary performances. CEO Doug Lawler said and I quote,

“Our people are our most important asset, which is why we enhanced our 2020 bonus program to make sure you are appropriately compensated and incentivized during this challenging time. Your hard work, flexibility, and continued diligence and focus on safety amid an unprecedented commodity price environment, and the COVID-19 pandemic has been exceptional, and I am proud to work alongside you.”

However, in hindsight, if you look at the company practically and try to analyze it, then you will realize a few things. Chesapeake's net revenue in the first quarter of 2020 was around only $2.5 billion. The operating cost was $2.25 billion. Moreover, the company has too many lawsuits against them in Pennsylvania, Texas, Oklahoma, and Ohio over various issues like royalty payments and lease negotiations. So, there are a few major concerns that the company has to take care of.

If you're concerned about Chesapeake Energy's financial and debt problems, then you can do only one thing. You can work hard as per the new guidelines of the company so that they can increase revenue and pay off debts through Chapter 11 bankruptcy.

However, if you are concerned about your financial problems and debts, then here are a few steps you can take.

Since the company is bankrupt and in restructuring mode, you have to be prepared for the worst. The management has announced that they will pay you a wage and bonus. You have to save that as much as you can. If the company fails to complete Chapter 11 bankruptcy, then you can survive with that money for a few months until you get a new job. Build an emergency fund so that you can survive for six months. And, if you can save 1 year's worth of expenses, then that is even better.

2. Take care of your debts:

No one knows what will happen after a year. No one knows when the pandemic will be over. It would be a mistake to think that credit card companies will cooperate with you indefinitely. After a few months, they will ask for payments. So, you have to pay dollars anyway. But, the question is, how will you do that?

Your first option is to explore budgeting and bill payment options . You can consolidate your bills and pay them off one by one.

Your second option is to settle those bills. Many credit card companies are offering the forbearance option. However, that doesn’t mean they are forgiving your debts. They are just giving you more time to pay bills. The debt settlement option gives you the chance to lower your payoff amount . Now, you think, which option is better for you? Debt settlement or Forbearance?

Look for side gigs so that even if there is a pay cut, you can survive. And, if the worst thing happens, and you lose your job, you can always depend on side gigs. You won’t be in a big problem.

The top management of Chesapeake Energy is considering many other options to pay off its debt. This includes taking itself private. However, there is no guarantee that the company will overcome its financial weakness and regain stability in the future. So, employees have to be cautious indeed.