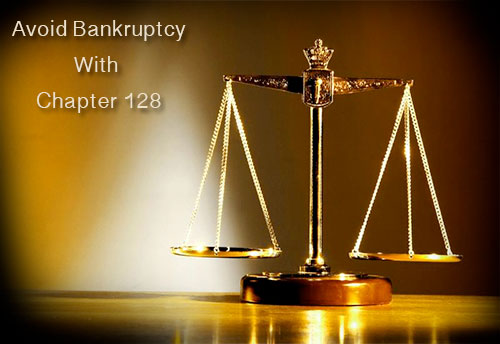 Chapter 128 is a substitute to bankruptcy since it makes you pay the debts instead of discharging them altogether. It works more like a voluntary debt consolidation plan, which is under the supervision of the Wisconsin Circuit Court System. And there lies the glitch, that this plan is specific to the state of Wisconsin only.

Chapter 128 arranges a 36-month payment plan for the debtor and forces the creditors into accepting that. The most promising part, which accompanies the plan is that, it puts a stop to the accrued interests that goes on increasing the debt amount. Through the plan, one can combine his or her debts together just like it’s done through a consolidation program. However, it should be kept in mind that it’s neither a bankruptcy plan nor it’s similar to a consumer credit counseling.

What are the advantages of a Chapter 128 plan?

Paying off the debts through Chapter 128 has its own advantages. The major benefits are pointed out below:

How similar is Chapter 128 to Chapter 13 bankruptcy?

Some may confuse Chapter 128 with Chapter 13, since they appear to be similar. Though both the plans make the debtor pay off his debt, over a considerable amount of time, there lie some basic differences between the two:

What is the filing procedure?

Initially, the debtor has to complete a Chapter 128 petition and an affidavit enlisting the debts which are to be included. A basic filing fee has to be paid when the documents will be filed with the local circuit court. The automatic stay will go into effect immediately. After a successful filing, the court appoints a trustee who looks over the whole procedure. The trustee will conduct a thorough review and arrange a customized plan that is submitted to the court for approval. Once the plan is approved, you’ll have to submit thirty-six monthly payments to the trustee’s office, which will further be distributed amongst your creditors. The proceeding closes with your debts being paid off at the end of the time period.