Bankruptcy Exemptions: Legal recourse to save your assets 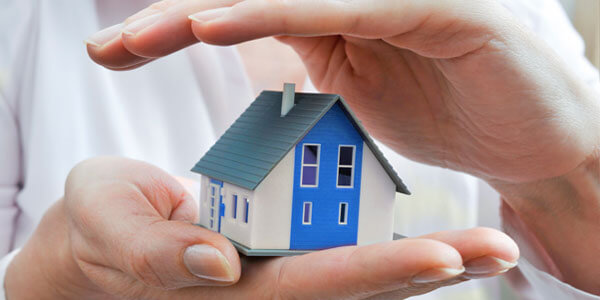 Exemptions are provided as per the federal bankruptcy code so their amounts usually remain the same and do not necessarily change from one state to another. These federal bankruptcy exemptions permit you to safeguard a particular amount of equity in your various assets. Out of several such exemptions, the most widely used federal exemptions are homestead exemption, automobile exemption and the wildcard exemption. Still, there are several other exemptions that you enjoy that have been specifically designed to defend your assets from the jaws of the creditors and from getting them liquidated in a bankruptcy case.

Additionally, there are separate exemptions enacted by the individual states, besides these federal exemptions. Mostly, these function in a similar fashion as federal exemptions, but then the amounts of exemptions vary from state to state. There are some states that are quite generous towards their folks, whereas, there are some that provide limited asset protection in a financial crisis like bankruptcy. Therefore, it is advisable to go through your state’s bankruptcy exemption laws before legally declaring your insolvency.

By the help of doubling exemptions, you as well as your spouse can verily stake a claim for exemption against one and the same asset. This implies that if you and your spouse each have a $10,000 worth of homestead exemption at hand, then both of you can ask for the corresponding exemption up to $20,000 on your home. Generally, doubling is permitted on jointly held properties with that of your spouse. The catch here is you cannot double an exemption on a certain property if one of you is not its owners.

A lot of exemptions in bankruptcy correspond to a specific type of asset or property and can only be used to defend the same. But, in this case, the wildcard exemption is unique and different. This is because it can be used to claim exemptions on any type of property. For instance, in your state, if there is motor vehicle exemption, then you’ll have to use the amount from that exemption in favor of your car or vehicle. If you don’t have a car or if the exemption amount is more than what your car’s value is, then you won’t be able to use the same exemption on any other asset. Here you’d be barred from using the leftover motor vehicle exemption to save in your bank account. Fortunately, with wildcard exemption, you won’t have to stick to just one type of property, rather you can use it to protect your money in the bank, your car, costly artwork, or any other asset that you own.

Read more: Is wildcard exemption your trump card to save assets in bankruptcy?

Exemption System I can use

The exemption system that you will be allowed to use would be decided based on the laws of your state of residence. This is referred to as your domicile in bankruptcy. Many states have banned their residents from using the federal bankruptcy exemptions. So, if you reside in one such state, you’d have to use the state mandated exemptions. Alternatively, some states allow their residents to choose from the state or federal exemptions to protect their assets. However, there is no provision for mix and match and that you’ll have to opt for just one kind of exemptions – state or federal.

The state in which you’ve got a permanent home, pay your taxes, vote and have plans to reside in the future will be regarded as your domicile. For instance, you usually stay in Florida, but due to a business consignment you’re living in Oregon temporarily, then your domicile will be in Florida.

You must reside in a state for at least two years or 730 days in order to file for bankruptcy protection as well as use the state’s or federal exemption as your domicile. However, if you fail to fulfill this criteria, then you’ll have to qualify the 180-day rule to decide what system of exemptions to use.

If you are not domiciled in a particular state for a minimum period of two years, then you’ll have to use the exemptions of the state where you’ve been domiciled for the greater part of the 180 days or 6 months period. This should be prior to the two years preceding your bankruptcy. Take for instance, your domicile is Florida from January 1, 2007 to January 1, 2009, but then you moved to Oregon permanently. So, if on January 1, 2010, you file a bankruptcy protection petition in Oregon. Even though you are living in Oregon, you’ll have to use the exemption laws of Florida. This is because you have not been domiciled in Oregon for two years. Moreover, your domicile was in Florida for the effective mandatory 180-day period (July 1, 2007 through December 31, 2007) to qualify either for the state’s (Oregon’s) or federal exemptions.