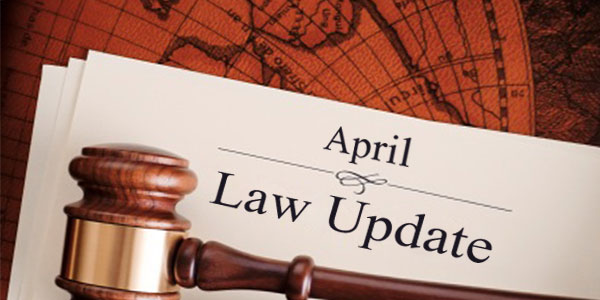 This bill permits businesses to deny services to gay couples on the basis of religious beliefs. The governor of Mississippi has signed this bill amidst fierce opposition from various companies and equal right groups. The governor had this to say in favor of the bill,

On the other hand, protesters claim that this bill would discriminate lesbian, gay, bisexual and transgender people legally.

Good news for the new parents in San Francisco. As per this law, employers have to offer 6 weeks of paid family leaves to new parents. The new law is applicable for both full-time and part-time employees. Earlier, California passed a law requiring employers to pay 55 percent of employees’ paycheck for 6 weeks of paid leave. Now, the new law requires that companies with more than 20 employees have to pay the rest 45 percent of employees wage.

A new bill has been passed to push the minimum wage to $15 per hour. The bill aims to reduce the wage disparity and bridge the gap between rich and poor. It is expected that the new bill would increase the state’s pay rate. Plus, it would give an opportunity to hard-working American to get basic economic security.

The Alabama Senate passed a bill which would give borrowers the option to pay off payday loans within 6 months. Currently, borrowers have to pay high fees for renewing payday loans. This pushes borrowers to a bigger debt trap in the state. The new law aims to give relief to cash-strapped borrowers. The new bill also make it mandatory for lenders to accept installment payments.