When you can retire with debt without frowning 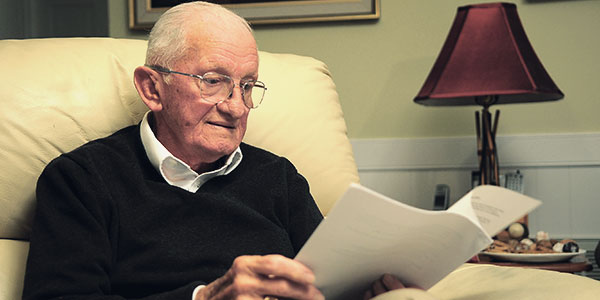 Common sense suggests that you should avoid retiring with debt. But, Americans are seemingly ignoring this wisdom, according to the recent report released by the Michigan Retirement Research Center.

Why are baby boomers retiring with debt?

It is probably because baby boomers took out bigger home loans and spent more on housing than their earlier generation. Most baby boomers have not yet paid off their mortgages. They opted for home loans with small down payments and bought expensive houses just before the recession.

When baby boomers can retire with debt

The burning example of good debt is obviously mortgage.

It is a smart financial move to have long-term and low-interest mortgage especially when your retirement fund grows slower than inflation.

Professor Kotilkoff (Boston University) has a perfect explanation for this above statement:

“When inflation takes off, you get to pay back your mortgage in watered down dollars and this offsets the fact that your pension or other stream of fixed nominal income loses real purchasing power. So retiring with debt can be a hedge against inflation, provided it’s long-term fixed term borrowing.”

There are a few other scenarios when it isn’t bad to retire with a mortgage and these are:

Let us discuss the third point elaborately since it’s an important one. If you want to help your children to purchase a home, then you can co-purchase it. Your kids will make a monthly payment to you. And, this amount will be higher than any payment you have to make on a debt. Just think, it would be an income stream for you and you would also get a tax benefit for the mortgage interest. After your death, your child will inherit the home.

There is yet another scenario when it is not bad to have debt. For example, debt in a margin account where you kept your securities as collateral. This implies you can use the asset instead of selling it. But, don’t forget this fact that the share of the debt needs to be less and serviceable otherwise there would be a disastrous effect if there is a margin call.

How to know if you should retire with debt

Before retirement, ask yourself how much flexibility and security do you wish to have in the golden years of your life. Think how would your debts affect your mental peace and financial security? Remember, debt itself won’t ruin your life. Rather, it’s the misuse of debt that can be harmful.

Debt can be both positive and negative. In fact, debts can help you accumulate wealth. Good debt appreciates with time whereas bad debt depreciates. Be it good debt or bad debt, make sure it is 36% less than your income. Your consumer debt should be less than 20% of your income and housing expenses should be below 28% of your income. These are the basic guidelines you should follow.

It’s best to not retire with massive debt since it would destroy your retirement security and steal your financial independence. You can control debt to a certain extent. But, you can’t control market fluctuations or your health issues.

If you’re facing retirement with lots of financial obligations, then the best advice would be to delay your retirement. At least, this would help you avoid touching your nest-egg and it would grow bigger. The other option would be to consider a side-hustle after retirement.