What similarities do the debt free Americans have? 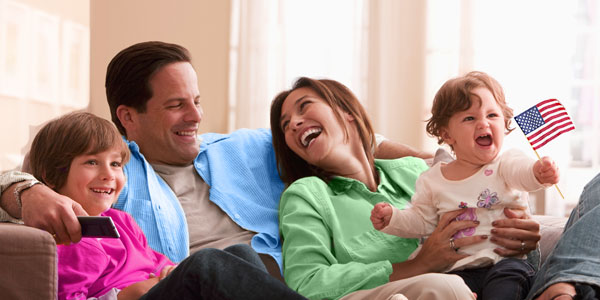 We held those people in high esteem who are good with their finances, and we just praise those who are debt free and sometimes, envy. But who are these people are how do they do that? Do they have some special qualities? Do these people all have a common secret?

Not at all. Apart from their faint or nil amount of debt, these Americans have fewer things in common. According to a recent study conducted by Credit.com, these people's ages, locations, incomes, education and genders barely match.

So what do these debt-free Americans have in common?

They stay within a budget

As per the study by Credit.com, about 60% of the people found budgeting to be very helpful and even the no. 1 strategy to pay off debt. Irrespective of the debt amount, 60% of the debtors found recourse with budgeting to pay down debt.

What is significant, 48% was found to have successfully paid down credit card debt in the past, and 46% have never had credit card debt at all. If you haven't tested this budgeting weapon yet, this is the time to do it. Budgeting is an excellent debt relief strategy that minimizes your risk of getting back into debt again after you have paid it down.

They have fewer credit cards

As per the study, people with little or no credit card debt had fewer credit cards. It's quite evident that if you don't have a number of credit cards, you may not rack up a bandwagon of debt. There is of course less temptation and privilege due to the less amount of available credit. According to Gerri Detweiler, Credit.com's director of consumer education, less amount of credit cards also convey the holders' conservative spending behavior.

As per the study, about a quarter of this group had no access to credit cards. However, many said that they had between three to five cards. 22% said they had one. The entire survey revealed that 3-5 was the most common number of cards, with 33% of people holding the same.

Another noteworthy formula comes in here. The debt amount you use, makes up a significant portion of your credit score. Hence, it's better if your outstanding debt is lower than your available credit. When it comes determining credit score, $1000 of credit card debt doesn't mean the same for all. For instance, this amount of debt would be considered havoc for a person with a credit limit of $2000, but for someone having a limit of more than $10000 would be considered very little. So, to conclude, having low debt amount doesn't signify good credit score.

There was one negative thing that surfaced during the study. People persuaded credit card debt just in order build credit score. Many even carried credit cards after paying the balances in full. In fact, this strategy actually works. However, there is a common misconception among people who are starting to build credit or trying to rebuild credit that carrying a balance in your card helps you have a good credit score. It is simply a wastage of money. If you keep your outstanding debts for long, besides paying interest for the same, it affects your credit score and increases your credit utilization ratio too.