Top financial lessons from NFL players who got broke 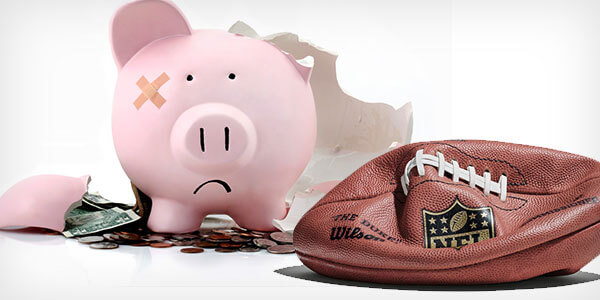 You might be surprised to know that National Football League (NFL) is the most lucrative pro sports league in the country. As of 2014, the League raked in the moolah to the tune of $1 billion out of $10.5 billion revenue. And according to the analysts, this figure is expected to improve further in 2015.

So, it's a typical dollar minting machine for the U.S. sports teams. But, how could so many of the players from such a lucrative professional background end up with broken banks?

Here are some of the most interesting case studies for you to learn the important lessons of smart money management.

Financial lesson for you

Financial lessons for you

Always bear this fact in mind that success in the National Football League didn’t save the stars from bankruptcy. Similarly, in whatever walks of life you come from, never take your financial security for granted. Always keep your eye toward saving more, instead of earning more!