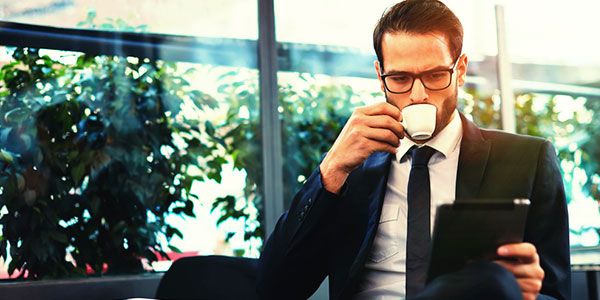 What is the secret of becoming a wealthy person? Can you be a rich guy by making a lot of money? Not necessarily.

I have met 3 types of people in my life.

The first type of people makes a lot of money but they spend all of it.

The second type of people consists of people who don’t make a lot of money but saves a good amount every year.

The third type of people consists of the guys who make a lot of money and they know how to preserve it.

After the analysis of these 3 types of people, one thing is clear.

Saving money is important to be wealthy and to remain wealthy.

But how do people save money? What are things people with big bank accounts don’t do? Let’s find out.

People with big bank accounts are money-savvy people. Here are a few things they don’t do.

1. They don’t wait for email statements:

As per a recent report published by the Federal Reserve, people who make more than $100,000 annually prefer to do mobile banking. They check their bank balance and credit limit before purchasing any product.

There is a big advantage of checking bank balance on phone before swiping debit cards/credit cards. Half the time, you won’t buy the product only. This helps to save a significant amount.

Caution: Never check your bank balance on a public wifi.

2. They don’t use out-of-network ATMs:

Do you know how much you have to pay for out-of-network ATM transaction? It’s around $4.35 per transaction. So stop withdrawing money from the out-of-network ATMs. In the last 5 years, the average fee for doing the transaction from out-of-network ATM has increased by 23%, which is a high figure. Use your own bank’s ATM. The other option is to opt for USAA. You can get refunds up to $15 in other bank’s fees per month. Moreover, you won’t be charged any fee for the initial 10 withdrawals.

Money-savvy people know that late payments would cost them more money in the long run. So they avoid it. They pay their credit card bills on time.

Late payments can drop your credit score. A poor credit score can force you to pay $7500 more in interest on the mortgage. You have to pay a high APR on credit cards.

4. They don’t plan for their future:

They don’t make big plans for their future. They don’t daydream. Rather, they plan for their present. They would rather think about saving money by skipping coffee three days a week. This helps them to save money automatically on their recurring expenses. They can use the money for having a beautiful vacation in the Bahamas.

People who have hefty savings in bank accounts don’t adopt expensive pets since they are quite costly. Pets come with different expenses. You need to pay for the food, vaccinations, grooming, training, food, shelter, and so on. The annual cost of keeping a big dog is $400, which is a hefty amount whereas the budget for a small dog is less.