Things parents should know to prevent identity theft of their kids 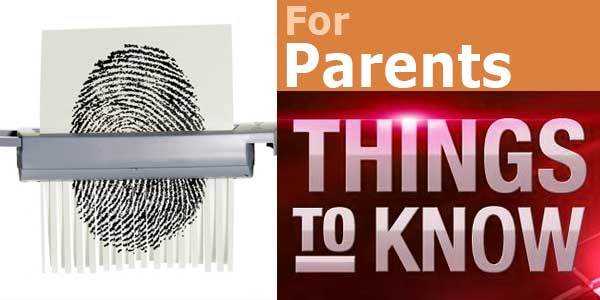 It began with a simple application for a credit card. Olivia McNamara, a recent high school graduate was trying to establish a credit history as she was preparing for college and waiting for her first student charge card. Unfortunately, the banks were not cooperating. All applications for credit cards were getting rejected though there was no reason behind of such acts. Even after knocking the doors of the credit bureaus, Olivia couldn't sort out the reason.

Linda McNamara, her mother, who had recently been affected by an information security breach and was working with AllClearID, an identity-theft protection company, did not make any delay and immediately asked her company to look into the matter. Her doubts were genuine: For over 10 years, some other people had been using Olivia's social security number.

Olivia says, “They took out $1.5 million in loans to buy boats and cars, they had multiple credit cards out in my name, and had defaulted on several loans.” Simply, even though Olivia didn't even manage to have her first charge card, her credit history was already destroyed.

A problem - Prevalent and Increasing

Olivia case isn't the only instance. As per a recent survey conducted by AllClear, around 11% (of 27,000 records) of children have had their personal information breached – and the numbers are rising like a rich chocolate soufflé. Nowadays, children are 35 times more likely than the adults to get their identities stolen. Moreover, as children rarely need their social security numbers until they reach the gates of college, the security breaches can remain hidden for years, providing identity thieves with seamless opportunities to make proper utilization of the situation.

The problem itself is hugely complicated to be solved quickly. The tools that the scammers use are rarest. Sometimes, they even run some sophisticated viruses that scan PCs for copy of tax returns and school records. Once they steal a certain identity, they sell it multiple times to multiple criminals. "We've seen identities for sale for as little as $40 in chat rooms." Jamie May, AllClear's chief investigator says. Identities are stolen for a variety of reasons. Some are meant for illegal immigrants who are trying to get some ground in the US to establish their lives. AllClear's last years study found that 3,000 children, whose identities were breached, were used for establishing utility service records, applying to driving license and to register cars.

Olivia's SSN was stolen to open 42 separate accounts, including several credit cards, car loans, and around 3 mortgages and as per AllCredit, all the accounts are in default stage.

A major FLAW in the system

Now the question that peeps up is how multiple scammers can use the same social security number over again and again. The key that May explains is a tremendous flaw in the system: “Credit bureaus don't treat Social Security numbers as unique identifiers.” To state in a simple way, when a credit agency runs a check, it usually oversees 3 primary things - an SSN, a DOB, and a name. Therefore, whenever, a different name is used again the same SSN, no alarming signal gets issued by the credit bureaus or by the government.

This is why parents don’t become aware of their kids’ identity theft earlier. The usual advice that professionals often give is that parents should frequently run credit checks of their kids’. But when AllClear started conducting the research, they found that these breaches almost never appear on credit reports.

Traditionally, kids’ social security numbers are left poorly protected thus turning things much easier on the scammers’ end. Schools and some other organizations often host a bunch of children activities and ask for SSNs as a basic form of identification. And once these SSNs reach the hands of these poorly protected organizations, chances of the data getting breached increase at an alarming rate. According to May, “We advise parents to treat their children's Social Security numbers as top secret, confidential information. When somebody asks you for your child's Social Security number, don't be afraid to question them.”