The Trump Tax Tempest: Would Repatriated Dollars Give You Job? 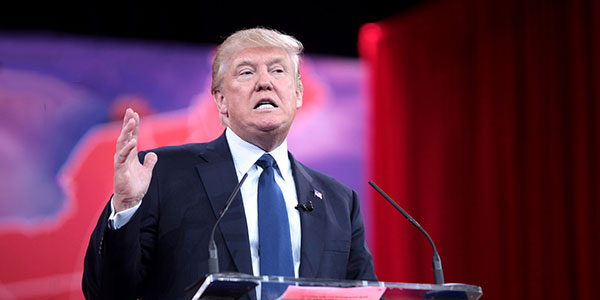 President Donald Trump’s fiscal policies like that of tax repatriation is expected to open up fresh avenues of employment for the economically-bludgeoned youth of America. But, the lion’s share of the pie would go towards generating jobs for the financial engineers more than any other section of the country’s unemployed demography.

The Trump administration is willing to accelerate financial engineering schemes, such as share buybacks instead of financing expanded economic capabilities. These funds, would then, trickle back to the U.S. treasury due to boomerang effect of tax holiday or tax reduction initiatives of the government.

U.S. stocks are expected to perform better after the implementation of Trump’s policies. His fiscal policies may work in the form of Pavlovian reaction to conditioned stimulus wherein investors would buy-back shares once the formal announcements are made. It’d have little effect in generating economic growth, or improve employment opportunities, or extend corporate advantages.

One of the main tenets of Trump’s election manifesto was to provide a special one-of-its-kind tax holiday to U.S. companies to bring back wealth held abroad. These companies will have to pay just 10% tax against the current rate of 35% for doing so.

Though it's a giant move towards economic solidarity, yet a major part of the $2.6 trillion of overseas assets might be used to fatten-up per share profits via share buybacks, rather than improve overall economic output.

Trump’s pre-election rhetoric was more of a firebrand politics or you could equate his antics in front of his supporters to that of a demagogue’s.

Interestingly, dollar is moving northwards and is expected to rise higher due to the inflation imposed by Trump’s policies. The Federal Reserve has no option but to fall in line with the new administration in hiking the interest rates.

Van Hoisington and colleague at Hoisington Investment Management, Lacy Hunt, in a forecast said, "Corporate profits on overseas operations will be reduced, but with demand weak and current profits under downward pressure, the repatriated earnings are likely to go into financial rather than physical investment."

According to Goldman Sachs projection, S&P 500 companies are slated to reinstate $200 billion out of the $1 trillion stashed overseas and spend $150 billion on share buybacks.

Annual buybacks made by the S&P 500 companies amount more or less $592 billion. Trump fiscal policies could be received with positive vigor by the Wall Street, besides improving the overall economic picture.

The reason is that buybacks slowed down in the recent past. For example, buybacks in the second-quarter among S&P 500 organizations were down at 6.8% when compared with the same period in 2015. As per FactSet, performance in this category improved by 3% in the third quarter, a first since last six quarters.

Due to the repatriation laws, some bonds might be issued to help Wall Street finance their buybacks saving them from repatriating their dollars at steep prohibitive tax rates.

During the George W. Bush era in 2003, Homeland Investment Act was enacted. The Act provided tax holiday on repatriations for a year. However, the Act required that all the dollars brought inside the country should be used in creating fresh employment opportunities. Around $300 million was repatriated but only a small amount of the total fund recovered were invested.

Academics of Harvard University, the University of Chicago and the Massachusetts Institute of Technology conducted a study in 2010. They said that with every $1 dollar recouped, there was 60-92 cents increase in the shareholders’ payouts.

These payouts were bundled in the guise of share buybacks. Hence, $1 repatriated resulted in buybacks worth 79 cents.

For corporates, buybacks are easy to handle. It helps them camouflage the massive income of the shareholders by issuing more shares as means of compensation. Still, buybacks have little influence in boosting a company’s long-term prospects.

In the long run, yields and growth are the prime determinants of equity returns, as per James Montier, a member of the asset allocation committee at fund managers GMO.

Montier studied U.S. equity market data of 1871 and discovered that in a given year, 80% return on investment (ROI) were driven by changes in valuation. On the other hand, a five-year view reveals that dividend yields and dividend growth were the actual driving force behind 80% of ROI. Over very long term, the return from shares based on their dividend yield and growth may be 90%.

Buybacks, though they appear lucrative now, yet may lose steam in the coming months. So, investors may lose hope over buybacks during the first year or two of Trump’s presidency.