The ins and outs of Monetizing Debt 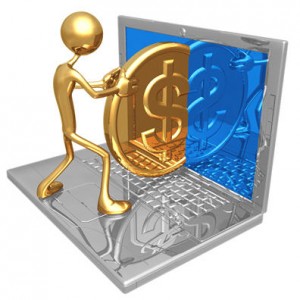 Have you ever heard the term monetizing debt before? No, it’s not associated with reckless spending or unwise balancing of debt. Rather, monetizing debt refers to creation of more money in an economic system. If you like to know the definition of monetization of debt, its origin, what’s its significance in the US economic growth, how it’s connected to inflation and government's purpose in monetization, read the content below.

Monetizing Debt- History Previously, U.S. currency used to be associated to either actual precious metals value in gold and silver coinage or to a comparable amount of gold or silver that had to be turned over to the bearer of currency upon presentation of that bill to the bank that issued it. This monetary system was eventually evolved in United States, during the Great Depression, after which money was valued and backed by the "full faith and credit" of the U.S. government. The term Monetizing Debt can be traced back its origin in World War II, when the term has been invented to refer to the negotiations between the Treasury and the Federal Reserve. The government monetizes debt mostly when it creates debt through the treasury, and the Federal Reserve buys that debt in order to put extra money into the market. Actually, the spiraling interest rates on the debt that the Treasury imposes are one of the key sources of this extra debt. The government debts first trade the securities through the public market and then pass it from the Federal Reserve to the Treasury department. Definition of Monetization Debt Monetizing debt is nothing but an artificial procedure of creating money in order to repay a debt. Such transaction is beyond individual borrowers, only government agencies have the ability to create money in order to pay back debts or remove debts from the market by exchanging them for new money. More elaborately, the United States government pretty often runs an annual deficit in its budget, which needs to be paid along with the issuance of government debt. This is often done by selling treasury bonds to open market to private investors. However, the Federal Reserve System, which governs the .S. money supply, has the authority to buy these bonds as well as to hold the debt. This process of converting outstanding bond debt market to dollars is better known as monetizing" the U.S. debt. Its true that monetization increases the available money supply and eases the amount of outstanding debt burden held in the private market, but it involves a pitfall that there is no underlying economic value to the dollars that were created. Significance Wondering what the actual significance of Debt monetizing is. Essentially the US government uses debt monetization for economic stabilization and to put a balance to economic fluctuations. With the huge growth of American economy, government has greater demands of funding; artificial monetization fulfills this need and covers the immediate cash requirement. Once again when, the economy contracts, the government reduce its debt activities and help lessening the growth of the money supply. In fact the government or the Federal Reserve sometimes purchases public securities from other organizations to help influence market trends as well. Inflation In general the term “monetizing the debt" is often used, while indicating unnecessary increases in money supply, swelling that takes place with no such proper economic reason and are used for other purposes, like political gain or simply unwise financial leverage. However, when the growth of the money supply becomes higher than the growth of the economy and debt in general, the worth of money decreases and it leads to inflation, a drop off in the value of money. The government time to time brings in some changes in the monetization activities in order to control inflation. In fact, this is why the Federal Reserve, at times, refuses to lower interest rates in an effort to prevent inflation, because as per the general market rule, the more money present in the economy (and the more debt the Fed is buying), the lower interest rates will become. Therefore, the lower the money supply, the higher interest rates will rise and if the economy slows the lenders will find it more difficult to make a profit. In fact this has been used by the government to help influence interest rates at the direction of the Federal Reserve.
Related Articles