The Donald trumped Hillary's hope: What comes next? 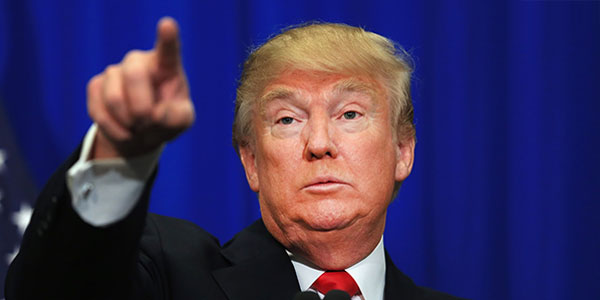 The triumphant Elephant has kicked aside the blaring Donkey. It’s a shocking repudiation of the most powerful nation’s established hegemony. With Hillary left to suck her wounds, country’s most respected leader of color, unity and humanity, Martin Luther King, Jr. would be turning in his grave and gasping to repeat his legendary statement, ‘I have a dream that my four little children will one day live in a nation where they will not be judged by the color of their skin but by the content of their character.’

What comes next, as we sworn-in one of the most whimsical and utterly controversial president-elects in American history ever, Mr. Donald John Trump as the 45th president of our great land, the United States of America.

Let’s have look at what you and all the Americans may expect to unfold in the days to come:

If Trump’s plan of mass deportation is executed, then it’d kick out 11 million undocumented immigrants out of the country within a year. It could invite depression, as that would create an immediate shortage of low-wage workers. As a result, there would be an instant downfall of the gross domestic product of the country and cripple the companies that provide goods and services to the people. In short, it’d further derail economic activities and development. It’s a no brainer that U.S immigration policy was Trump’s signature campaign stance. His promise to build a wall at the US-Mexico border and make Mexico pay for it has been one of the most widely discussed and booed rhetorics of a presidential nominee.

As a greenhorn Republican, it is but obvious for Donald Trump to tow the party’s line and that is to - work in contrast to that of the Democratic President Obama. During his campaign he indicated to have the Affordable Care Act (Obamacare) “repealed and replaced”. To drive home his point, he cited how insurance costs have skyrocketed in all these years. However, he has assured that he’ll remove inter-state hurdles to let the markets compete on equal grounds.

Trump has said that he’ll try to defend two social welfare programs - the Social Security and Medicare. He hasn’t announced any definite plans to live up to his words, though. And how he does that is still left for general speculation.

As far as taxation is concerned, low-income households have got some great news to cheer as our new President-elect would offer a supposedly high amount of tax cuts to high-earning individuals. It’d be applicable both in terms of percentage of income as well as dollars. He has promised to clamp down the total rate of tax to 39.6 percent and has accordingly promised to slash the number of tax brackets from 7 to 3. The breakup of the tax rate is 12%, 25%, and 33%. Due to such an overhaul of the taxes, the cost of raising children will become more affordable as childcare costs would be considered as tax deductible. Trump plan is to reduce the present rate of corporate tax to 15% instead of 35%. Moreover, money invested for commercial purposes or to float a startup would be tax deductible.

President-elect Donald Trump denounces the proposal to ratify the Trans-Pacific Partnership trade pact and has labeled it as ‘horrible’. He has even vowed to nullify or rewrite terms of the NAFTA pact signed with Canada and Mexico. Apart from that, he has hinted on imposing tariffs on Chinese and Mexican imports. However, that may hurt American industries as they are largely dependent on foreign supplies. As a result of his protectionist approach, a trade war may ensue which may act as an opposing force against the country’s economic growth.

A lot of Americans are anxious about better employment opportunities as the economy has failed to deliver them with proper jobs for more than a decade. Rather, the U.S. economy has witnessed two terrible recession, first in the stock market and second, in the housing industry. Though the economy steadily got back to its feet, yet job opportunities remained bleak. With people losing all hopes for a prosperous life, Trump emerged as their hero who’d champion their cause. As far as the federal minimum wage is concerned, he plans to put in effect $10 as the base compensation rate.

6. Reign over the educational debt dragon

Donald Trump places a lot of importance to colleges and universities. He has even blamed the federal government for the spiralling student loan debt which has tripled to over $1.3 trillion in the past decade. According to his campaign message, he said that the government can’t write off the student loans but these can certainly be made affordable for the borrowers. Trump favours market-driven student lending where the federal agencies will concede and the private banks will call the shots. Moreover, he supports the “skin in the game” kind of rapprochement where educational institutes would be held responsible, if too many of their students report loan default. He has also suggested that colleges should follow stringent admission process to intake students that have better capabilities to succeed in their chosen programs and closing the gate on ones that don’t show any mark of brilliance.

Finally, the rhetoric called the Great American Dream, is once again up for a spin. It’s show time for the populist victor to display polished showmanship with a pinch of greyed diplomacy.