Thank you OVLG for being my savior! I'm finally on my way to debt free life 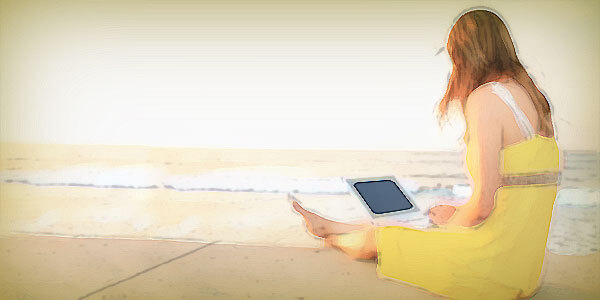 Hi! This is the story of Martha Jackson who lives in Nevada and is currently working as a freelancer for Oak View Law Group. Five years back, her student loan debt messed up her otherwise happy life and pushed her towards the edge of financial cliff. At one point, she had to plan her every step in order to survive in this merciless world. But after she came in touch with Oak View Law Group (OVLG), her life changed for the better. Finally, she stopped having dreadful dreams about food, clothes and shelter - the 3 basic necessities of life.

“A miracle is something that seems impossible but happens anyway”

I don't know about others but I believe in miracle because it happened with me. Yes, it's true and the magician who did this miracle is OVLG. Yes, believe it or not, OVLG came into my life when there were only negativity in my life. It got to the point where anytime I received money, I would use it to buy a hotdog. And, then I would eagerly wait for the next miracle to happen in any form of financial windfall.

In one line, I was in hell; mentally and financially shaken. You can call me a penniless Cinderella without her magical shoes.

By this time, you must be thinking - Huh! here comes another debt story before us. A story where a hero enters with a bag of debt and then describes what he does to pay off it. Well, you're not wrong. But there's a catch and that is, there is no hero in the story. There is a heroine and that's me. The other 2 characters in the story are OVLG (my guardian angel) and a villain (my lender - sorry, I can't think of anybody else for this character).

My story is like a play with 3 Acts. The first Act unfolds the problems, the second Act brings the guardian angel into the story and finally the third Act concludes the story wherein the heroine gets back to her happy life.

My (Martha Jackson’s) debt story actually began 5 years back when I was an undergraduate in Baylor University. In the very first year of my college, I had to attend an academic conference. I made all the reservations at the best hotels and flights assuming that the expenses would get soon reimbursed.

I spent my credit cards like a real life heroine. Conference was just an excuse, actually I wanted to hangout with my friends, explore the place, try out new dishes, etc. The trip was good, actually more than good. Whenever I was swiping my credit card, I was thinking - “What the hell! Money will soon be reimbursed”.

Before even I knew it, the amount on the credit card was much higher than what would be reimbursed for. So, basically, I overspent. And this is what kicked off the debt ball at my court.

Then later, my boyfriend at that time lost his job. So, I had to support him financially as well. This created an additional pressure upon my credit card. Although, we eventually broke up, but the debt stayed with me, creating problems in every possible way.

Life is not only about studies and boyfriend. You've friends, their weddings and birthdays, your own food and traveling expenses, etc. So, you need to have money for them as well. My credit card took care of all of them in silence but burning in fury.

Soon, my credit card debt load became so high that my meagre stipend was not enough to release it. Moreover, I had a student loan as well along with my credit card debt. I made payments when I could and skipped most of the time. Creditors waited for a few months and thereafter they started making demands. I tried my best to take care of them but they were simply not ready to listen. They were just saying one thing - Pay or be ready to get a miserable credit score.

Fortunately, it was around this time only when I came across OVLG. I was actually trying out different online calculators to know how long I had to make payments in order to get rid of debts. I bumped into OVLG's debt payoff calculator by chance, and after calculating my savings, I decided to call them up. And thank god, I called them up. One single call saved my life.

I had a long chat with the OVLG financial coach. I told Shane Rogers (FC) everything and he listened to it very minutely. He made a quick analysis of my financial situation and offered me a range of possible solutions. He explained the pros and cons of each solution, what might work for me and what might not. He told me exactly how much I need to pay every month and why. Everything was clear and transparent. I had no confusions.

The monthly payable amount was affordable. But the problem was I didn't have any job at that time. The financial coach (Shane Rogers) suggested me to take up a part-time job. It's not that I didn't think about it earlier, but I wasn't getting a suitable one.

In the next two months, I frantically searched for a part-time job. I worked as a waiter at a cafe' but the wage was not good at all. Plus, the cafe was very far from the university, which meant I had to travel for several hours every day. This didn't leave much time for studies. I had to find out another job.

I started looking for online jobs since you only require a laptop for that. I could do the assignments at night or free time. After doing a few assignments, I finally I got a job as a SME at a small company. The job was good since it gave me a lot to learn. Unfortunately, my good luck didn't last long and I lost that job as well due to cost-cutting.

I called Shane again and told my new problem. Shane asked me if I could work for a few hours for OVLG as a SME. He knew that it was not possible for me to work for 8-9 hours. Hence, he gave me a job wherein I had to work for only 3-4 hours, which suited me perfectly.

Act 3 - Finally, the payoff process accelerated and the heroine smiles

After a few months of working as a SME, I had enough money to make more payments towards my debts. Finally, I could sleep at night without thinking about how to get food in the next day.

For the last 5 years, I have been working with OVLG - both as a client and employee. And, the experience has been great. I have already paid off my debts. Thank God! I'm still working as a SME at OVLG and hope to work with them for a long time. They have helped me during my bad time and I would like to stick to them as long as I can.

We're happy to share Martha's story. She is doing well for herself and that's more than what we have expected. We hope she finds her dream man one day and spends her life in a clean financial state.

If you've any debt story, then do share it with us. We would love to share it with our readers. Let your inspiring story give hope for a new happy beginning to millions of readers.