How does Debt Settlement differ from Credit Counseling? 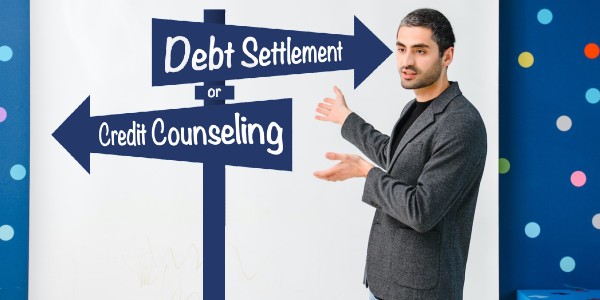 Are you overwhelmed with credit card bills? Are you confused about the influences of various debt relief programs like that of debt settlement and credit counseling? If it is so then this article might clear your maze of doubts!

When carrying out the negotiation personally you have to be knowledgeable about the existing laws and legal loopholes. The creditors may be tacky and can get you into legal hazards.

It may also be that the creditors may not agree on a debt settlement program as they will not get back their due amount. In such a situation you have to convince the creditor about your weak financial situation. The reasoning’s may also include your considering of bankruptcy filing if the settlement process is not carried out.

If you are legally equipped then opting for debt settlement by your own will be highly beneficial. It will not only bring you out of your financial problem but also save you the money which else would have to be paid as company service fees.

If you want to avoid any direct communication with your creditors then you can take the help from a debt settlement company. The prime obligation before transferring any responsibilities is to check the accreditation of the company with the Better Business Bureau (BBB).

The company appoints a debt settlement attorney who works with your creditor on your behalf to get you the best deal. You may have to spend a small sum as the service charges. But the added advantages of debt settlement through a company are much more. You are not only saved from facing your creditors but are also saved from the harassments as well.

At the end of a settlement program you just have to pay the reduced debt amount which is far less than what you originally owed along with a negligible rate of interest. After your debts are reported as ‘settled’ or ‘paid’ by the creditors to the credit bureaus your credit report improvements also starts. It is a faster process than many debt relief programs as such you can expect to become debt free within a short time of 1-3 years. This is a reason while most people opt for debt settlement rather than anything else.

Credit counseling services are not as aggressive as the debt settlement programs. Credit counseling generally refers to a process where the consumers are educated on the ways to avoid debts.

But it not only concentrates on educating on change of lifestyle patterns and budgeting alone. Credit counseling programs also aim at designing planned method of debt relief, mostly through a Debt Management Plan.

In a credit counseling program the counselors also work on your behalf to reduce your interest rates to as low as 0%. While debt settlement programs get resolved within a span of 1-3 yrs, credit counseling services last for around 4-6 years. The main aim of a counseling program is to negotiate with your creditors to decide on a Debt Management Plan (DMP) that will be suitable for both the parties.

Through these debts management plans you can easily repay your debt without disheartening your creditor. The plans designed by the credit counselors reduce your payments, fees and interest rates.

However credit counselors just pass on the terms dictated by the creditors. As such the interest rates and payment structures are all suited to their whims and fancies. Therefore when compared to debt settlement it is always held less preferable by the consumers.

There is always a notion that both the processes nearly mean the same but it is not so. From the consumers point of view debt settlement is a better deal and vice versa. Both of them have their individual advantages and disadvantages. But if you are looking out for a constructive solution to become debt free faster perhaps debt settlement will be a better deal!