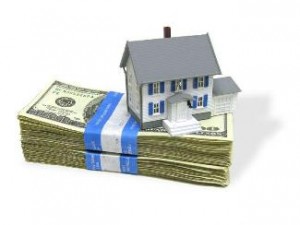 The U.S has decided to revamp the mortgage system and the Obama administration has already chalked out the basic plans. The government aims to attract private capital, and end unethical mortgage practices. Federal plans also specify the demise of Fannie Mae and Freddie Mac. There are plans to raise rates for government backed mortgages to the level of private banks. This would mean that mortgage rates will rise across the country. Moreover, down payments will perhaps be made mandatory for government supported mortgages. The Obama administration is considering other recommendations as well.

Treasury Secretary Timothy Geithner said that government would introduce the reforms over a period of five to seven years so that the whole process is completed smoothly. However, no deadline has been mentioned. Mr. Geither mentioned that the government has plans for “fundamental reform”. Four professors of New York University have come up with an amazing book-“Guaranteed to Fail”-explaining the mortgage finance crisis resulting from the financial collapse of Fannie Mae and Freddie Mac. As Fannie and Freddie failed, the U.S economy was seriously affected and F& F have already run up billions in losses. “Guaranteed to Fail” makes pragmatic recommendations, discusses reform proposals, and points out the risks involved with too much government intervention in the mortgage market. “Guaranteed to Fail” is a surprisingly easy read, and it is written in a very logical manner. The authors provide ample evidence in support of their arguments and their analysis seems free from any kind of bias. They lucidly explain the structural inadequacies of Fannie and Freddie and their downward spiral during subprime mortgage crisis. Also, they recommend a balanced solution to the mortgage problem. This book is clearly a “you-cannot-afford-to-miss” stuff for people interested in mortgage industry and its problems.