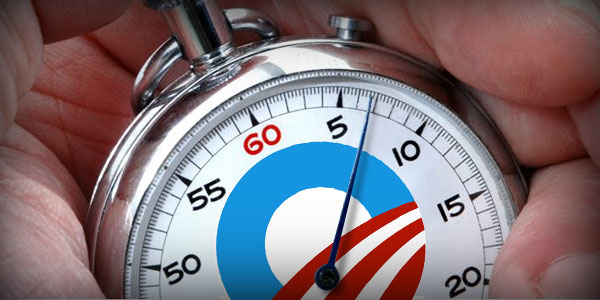 Nearly 6 million people are expected to be slapped with a tax penalty this year. The reason is - not signing up for the much talked about and debated Obamacare. Yes, if you’re one of those hapless people who have not bought mandatory healthcare insurance, then you too have to pay a tax penalty. But wait a minute!!! You already know about it, right? But, probably you don’t know the latest news and that is Uncle Sam is giving the last chance to enroll for Obamacare.

Yes, Uncle Sam has given a special time-period in the tax filing season to people who have committed the ‘forbidden sin’ - that is not buying health insurance coverage. You can enroll for Obamacare between March 15, 2015 and April 30, 2015.

As per the Centers for Medicare and Medicaid, you’ll be eligible to take advantage of this golden chance only when:

Partial relief for taxpayers for this year atleast

Millions of taxpayers will get the last chance to enroll for Obamacare. This is a fantastic news. To quote Egon Smola (senior vice president at GetInsured),

“At least for this year, tax season will bring many Americans a last-minute chance to get enrolled”.

Unfortunately, people will only get a partial relief for the year 2014. They’ll still have to pay a penalty for the number of months they were uninsured. However, they’ll get insurance coverage for the year 2015.

As per the Affordable Care Act, adults need to buy health insurance or else they have to pay a tax penalty. But, the current situation dictates that nearly 40% of Americans are not even aware of the Affordable Care Act tax. Moreover, a huge percentage of the 6 million people doesn’t even have the financial means to pay the penalty. But, no one has come forward and said anything like that. This is what Noah Lang, the chief executive of Stride Health (they offer health care advice on the basis of consumers’ health care profile) said recently.

Although the federal government is giving a fresh enrollment period, yet it won’t be enough to save consumers. If you didn’t bother to enroll for Obamacare, then start calculating your penalty right now. Save the required amount fast since you don’t have much time in your hand.

If you’re not buying health insurance policies because of the affordability factor, then you’re doing a big mistake. You’ll pay a bigger tax bill in the next year. If you want to have an idea about the penalty, then just have a look below:

Is there any possibility for another extension?

Not yet. There isn’t any strong reason to give another extension right now. However, you can still sign up for health insurance or change coverage outside of open enrollment under the following instances:

The saddest part is that maximum people hesitate to buy health insurance just because they feel they simply can’t afford it. But the reality speaks something different. Around 85% of consumers who apply for health insurance policies via state and federal marketplace exchanges get subsidies on their monthly premiums. In fact, most people are not even aware of the fact that they qualified for subsidies.