Is Consumer Debt the Primary Reason behind the Recent Depressing Economy? 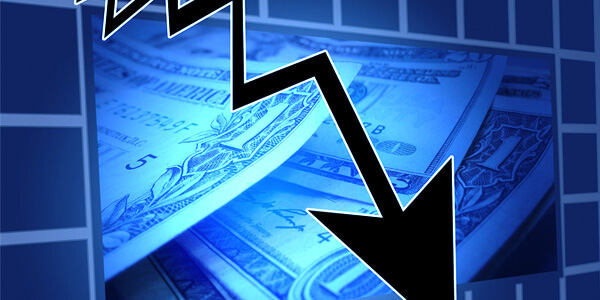 The recent economic condition in the U.S. is becoming distressing and is likely to be continued in the future. Standing on this economic surface, Mark Dow, a Wall Street money manger for Pharo Capital Management has analyzed that the root cause of these financial woes is not any regulation or Obama’s administration policy; rather it is overwhelming household debt.

In a web cast interview this week with the Daily Ticker, Dow said consumers took on too much debt, creating an overhang that only time can cure. The latest statistics from the Federal Reserve indicate that the total amount of consumer debt in the United States stands at nearly $2.4 trillion. Based on the 2010 census statistics, this figure works out to be nearly $7,800 in debt for every man, woman and child lives in the U.S. However, Dow has commented that economic condition in the U.S. will only improve if people can have some control over their spending level.

In the 1970s, it was hard to run up debt, and a very few families ever got to the point of bankruptcy. But these days, according to the U.S. Department of Justice, bankruptcy filings have grown from about 110,000 in 1960 to over 1.6 million in 2003. Filings dipped to 480,000 in 2007, then again jumped up to nearly 1.1 million in 2010. In this context one can raise a question what is the difference between now and then. One difference that researchers pointed out is that there were tighter credit standards for all types of credit.

In 1970, Sociology Professor Kevin Leicht from the University of Iowa analyzed data from a 2007 survey of 2,400 bankrupt Americans. He applied credit limits of the 1970s that a person cannot have a mortgage loan more than 30 percent of his income. His car payment also should not be more than 10 percent of income. Moreover, he should have single credit card with maximum limit of $1,000.

Leicht suggests that there would not have been a large number of households filed for bankruptcy in 2007 if the credit regulations of the 1970s would be in place.

Leicht further says, if the tighter regulations of the 1970s would still be continued then the average person in bankruptcy in 2007 would have spent $667 less per month on debt payment.

There are innumerable families in bankruptcy today who are struggling hard to pay hundreds of dollars each month on debt which the prior generation could have ever borrowed. These families are now under the pressure of exiting debt that would have been unthinkable and unimaginable under the regulations of 1970s.

However, now the question arises why families are running up so much debt and why are they allowed to do so. The reason is standard of living is incessantly running high and people are being unable to meet up their expenses and to manage their finances. Without credit they are unable to keep pace with the living standard and with the growing economy.

To cope up the circumstances, people have put more hours to earn money, but have reduced their savings. A married couple’s average number of paid hours of work rose from 53 per week to 63 per week. The number of houses where both spouses work rose from 36 percent to 60 percent. And an average credit card debt per household rose from $3,000 to $7,300. To maintain the image of middle class people expands the credit, which is only being possible because of the deregulation of credit.

However, Leicht concludes by saying that unless people can earn some extra cash and stop making impulsive spending they cannot come of the debt morass, and also economy cannot boost up.