How I got financial independence: The story of a wannabe millionaire 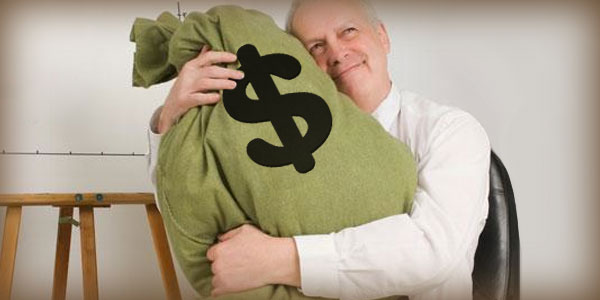 This post is contributed by one of our highly esteemed OVLG fans. Check out this inpiring story of a wannabe millionaire who achieved financial independence by playing the monetary cards right.

All of us have goals. Either they are good or bad. Everything’s fine, until we set for ourselves some impractical, overtly ambitious goals. And as per researches conducted, most of these goals do not see the light of the day, as people working toward them give up midway inevitably.

So, to share how I gained financial independence by setting real, achievable goals to pay off my debt and become the next millionaire in town.

However, at that moment, my annual income was $30,000 as a junior business analyst. I did not have any outstanding credit card debt. Unfortunately, there were a couple of unpaid medical bills that haunted me for quite some time. This mainly happened because my so-called health insurance coverage didn’t pay for a surgery I had to undergo, adding to my outstanding loan balance that needs $650 per month.

As for the rentals, then I’m paying $580 in rent and more or less $550 on other household bills like food and gas which is almost $250. Once I'm done with these, I put $50 toward my unpaid medical bills and $130 toward emergency savings. But, unfortunately I have no retirement savings. However, I plan to do so as early as possible. The purpose of raising an emergency fund is to have a financial cushion ready in case my car breaks down all of a sudden, as its the only means I have to travel to and from work. More so, because it makes a variety of weird noises, but due to budget deficit I can't afford to have it checked by a motor mechanic back then.

The car is a used 2007 Toyota Corolla. I bought it for $6,306 in 2010. I had to put $3,050 down payment for it. Meanwhile, I worked with four different employers during my school days to repay my student and car loans. I even did a summer college course that cost me $3,000. Hence, it is clearly evident now that I faced every financial challenges head on no matter how tough they were, in order to achieve my goals.

What did my financial planner advice me?

According to her, I had too little to do with as far as emergency fund is concerned because $130 is negligible comparing a simple emergency root canal treatment may set me back by almost $1,000 or more.

So, I was asked to put more importance on raising a larger and fatter savings purse. This, I could achieve by contributing at least $1,550 toward my savings account, or a month’s net income, before embarking on another expedition. My target was to build up a savings fund that would have at least six month’s of my net income.

Even after all these, I fell short of adding more dollars toward my savings fund. It was my extra income that was instrumental in helping me to continue making my student loan repayments or even save for down payment to buy a house later on. Finally, keeping my past experiences in mind and my determination to get things done at any cost, adding another $15,000-20,000 would keep me in good stead in the long run and come in handy while buying a house, the financial planner said.

What helped me to become the next millionaire?

One of the best pieces of personal finance advice that I could ever come across is the old adage “save early and save often”. Though saving money should come to us like drinking water, yet most of us find it pretty hard to comply with. So, I took advantage of the principle of compounding interest. So I started contributing toward my savings account with $100 and gradually increased it to $200 within a matter of two months. This helped me to realize that saving money must become a habit to turn your savings into something that is much more than its real value. For this, I set up a monthly automatic transfer from my checking account into my savings.

However, routine contribution toward my savings account overwhelmed me at the end of every month. To plug this loophole, I took a hard look at my monthly household expenditures and found out as to where all my dollars are going. This once again gave me the chance to increase the moolah which set me closer to my goal, i.e. to become a millionaire.

One of the most crucial steps that I took around this time was to track my spending and my income. While I was getting my acts together, I came to know that a lot of people in my neighborhood make good money and they are equally diligent in paying off their financial obligations on time. But, they somehow had no idea about how much they are paying for each of the service they are availing like eating out, utilities, groceries, libraries, hobbies and so on. I used a budgeting app of Mint.Com to keep a tab on my monthly budget as well as expenditures and a debt repayment calculator of OVLG to find out how much time and money would I need to put in so as to get rid of my debts.

Basically, in trying to observe so much of financial restraints that I was forced to live a poor student’s life throughout my college. The fact is once you start purchasing nice things, you add to your lifestyle inflation, this in turn would make it harder for you to save. Here, I made some real, practical decisions and cut off expenses that weren't essential for me. This prevented me from splurging and thus, I was saved from breaking my own bank.

Initially, I loathed giving up on some of the activities that were dear to me. One of them was a hot cup of morning latte. But, this challenge was short-lived one. Every week, I selected a day in which I did not spend a dime to satisfy my want but only my needs. The trick is to live life on one’s own terms and decide what suits a him/her the most. Once, we’ve got our priorities right, then we should decide what actually matters to us and avoid trying to keep up with the Joneses. Your friends could be flashing the most advanced gadgets available in the market, have a palatial house to live in and move around in fancy cars, but deep down inside, you could never fathom how closer they are to bankruptcy.