How does the Fed’s interest rate hike hit consumer financing in 2017? 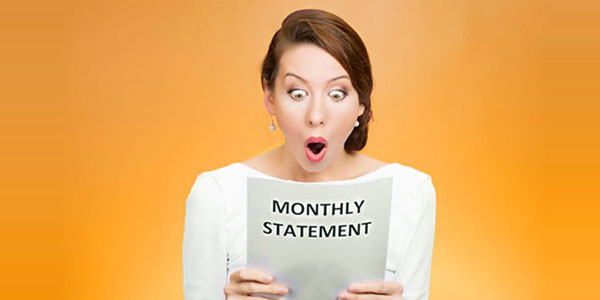 Economists are expecting a federal rate hike in the mid of December 2016. The U.S. Central Bank is also indicating the same.

As per the CME's Fed Watch tool calculation, there's a 96.3% chance of Fed’s interest rate hike in the December meeting.

Danielle DiMartino Booth, the former Dallas Fed advisor recently remarked on CNBC that "The focus has shifted well beyond December."

Chicago Fed President Charles Evans said that the Federal Reserve is going to hike short-term interest rates by three quarter point by the end of the year, 2017.

Along with the rate hike speculations, the Federal Reserve Board has already indicated to raise the short-term rates by 0.5 percentage point or more in 2017.

Janet Yellen, chair of the U.S. Federal Reserve said in her speech that the U.S. economy, consumer spending, and the labor market are improving. Both Yellen and the Federal Reserve Board expect inflation to increase as well. The effect can bring a good impact in the job market.

She said, “In light of the continued solid performance of the labor market and our outlook for economic activity and inflation, I believe the case for an increase in the federal funds rate has strengthened in recent months”.

Differences in opinion are there. Mark Vitner, a senior economist at Wells Fargo, stated that "When GDP growth has struggled to average even 2% growth, the global economy is shaky and the most recent month's economic data are inexplicably weak, you do not raise interest rates!"

Donald Luskin, the chief investment officer of Trend Macrolytics, in his recent speech, has said that the Federal Reserve should not hike the interest rate.

However, whatever be the speculations, Fed’s rate hike will significantly have impact on consumer's wallet. Here's how:

As per the TransUnion's calculation, if the Federal Reserve hikes the short-term rate by a quarter percentage point, then nearly 82% of consumers with a variable-rate credit account would notice their monthly payments increase by $10 and few by $50 or more.

The TransUnion has also predicted that further rate hike might increase monthly minimums, which can cause "payment shock" for some consumers.

So, it is advisable to pay off outstanding credit card debt before the rate hikes.

The prime rate symbolizes the lowest interest rate that banks offer to the creditworthy customers. A hike in the Federal Reserve's rate increases the prime rate, too. So, the banks will increase the cost of fixed as well as variable-rate loans.

The impact of Fed’s rate hike may cause a jump in the mortgage rate.

Short-term rates like adjustable-rate mortgages and home equity lines of credit may get a boost.

The initial interest rate hike can raise the rate on the long-term bonds as well.

If you're looking for a new home mortgage or refinancing, then it's advisable to lock the loan sooner; because, it's not possible to predict the impact accurately.

4. Stock market may get a blow

Sock market depends on many factors. But, changes in the Federal Reserve rate can influence the behavior of consumers and businesses. So, the stock market may get sensitive.

Global companies may face difficulties in exporting U.S. goods to abroad due to the higher price rate.

Irrespective of whether the Federal rate hike will be in this month (December 2016) or next year, it is expected not to be much.

Finally, the Federal Open Market Committee has decided to keep the Federal funds rate at 0.25 to 0.5%.

Maybe the final decision will be announced at the next meeting, which will be on December 13-14.

Everyone is eagerly awaiting for the December meeting to know whether or not the speculations are true.