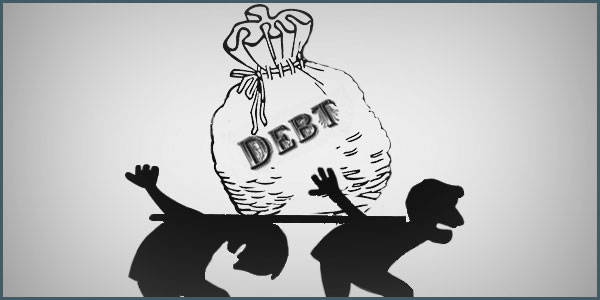 According to WalletHub.com’s (a financial website) recent study, Tennessee has emerged as the numero uno in consumer expenditures amongst all the other states in the country. Hence, people residing in this state have been tagged as the “biggest spenders”.

A statement issued by WalletHub’s Richie Bernardo says that Americans have found a fancy in blowing off their cash registers and setting up the alarming clocking ticking that would in turn break their bank sooner. From 2010 to 2020, it is expected that worldwide consumer expenditures will rise from 43 percent, from $28 trillion to $40 trillion, as per the report published by A.T Kearney, a leading consulting firm, out of which U.S. is predicted to account for almost an entire quarter of the growth figure.

Out of 20 states, the Volunteer State tops the list in terms of spending on food, healthcare, housing, utilities, credit card debt and auto, and also in the percentage of population spending beyond their income. Moreover, in case of annual consumer savings account averages, Tennessee ranked eighth and adjudged sixth in the personal spending category for the remaining consumptions.

As of now, the WalletHub research has revealed that Tennessee citizens are burning a big hole in their pockets and therefore, they were placed eighth in the overall rankings of the so-called “big spenders” accordingly. A positive side has been marked though, in this nationwide trend and that it is better known as the “wealth effect”. Simply put, it is a term used to describe consumer behavior with respect to their expenditures in congruence with their rising disposable income.

From the WalletHub.com source:

Biggest and smallest spenders in the country are as follows:

However, this same “perceived wealth” trend was the main reason behind people biting off more than they can chew, thus leading to the Great Economic Recession of 2007. It sent the country’s financial and economic stability into a tailspin and rocked the very foundation on which the most advanced economy of the world stood, as evident from the most destructive economic disaster recorded in recent history.

Furthermore, the Michigan Survey also provided some valuable insights into the recent whereabouts of the consumers’ income and their spending behavior post the economic meltdown. The survey has produced positive results. Consumers went on record saying that they now prefer to spend on larger, big-ticket items like automobiles or home appliances rather than spend randomly since the onset of the economic crisis. Adding to the optimism further, people in general are hoping for a continuous, steady job gains and an eventual decline in the unemployment rate in the country.

Sources from the Federal Reserve Bank of New York said that amidst stagnant wages, Americans have started accessing more credit, thereby putting to rest a five-year effort enforced to curtail household debt. Due to these austere measures, consumer spending dropped sharply which in turn slowed the economy.

According to the New York Fed, overall household debt rose by $78 billion during the July-September quarter to reach $11.7 trillion. This increase was mainly fuelled by rising auto and mortgage loans and hence, a fourth increment of household debt has been witnessed in the past five years.

Still, the total household debt remain below $12.7 trillion - the peak figure recorded in the third quarter of 2008. Meanwhile, it has gradually risen by 5 percent ever since it bottomed out in the second quarter of 2013. This could be the next driving force behind another round of faster economic growth as evident from the social markers that indicate Americans are being optimistic toward spending more.

During the peak of recession, economists spotted consumers “deleveraging” their bloated debt levels, especially mortgage as well as credit card debt. In other words, consumers frantically paid off their debt as much as they could, but in line with their affordability.

In the last five years, household debt almost always dropped in every quarter. Some of the decline happened due to greater consumer loan defaults. But, the Fed claims that it was because of reduced borrowing and increased debt repayment by the people.

In the second quarter of 2013, mortgage loan borrowed stooped 16 percent, thus leading to $7.8 trillion from an erstwhile figure of $9.3 trillion in 2008. Moreover, credit card debt debt too sank 23 percent from $858 billion to a lowly figure of $659 billion recorded in the first quarter of 2014.

However, given the recent market trends, it is evident that the economy is northward bound. As of now, mortgage debt is said have increased to $8.1 trillion and credit card debt too has rebounded since the last two quarters to $680 billion. In addition, auto loans have followed suit to peak at $934 billion now.

Wilbert van der Klaauw, an economist associated with the New York Fed, has said that the period of deleveraging is over, in turn, consumers have once again started borrowing more frequently. Though these data put up a good show as far as economic growth is concerned, yet they are also a concern for the experts, as consumers may overstretch themselves, eventually bringing back the nightmares of the recession to the fore.

Still, recent data about foreclosure show a decline in their numbers during the third quarter. It is the lowest ever foreclosure figure recorded since 1999. Additionally, borrowers who are 90 days or more behind in payments reduced to 4.3 percent from 4.5 percent during the second quarter of 2014.